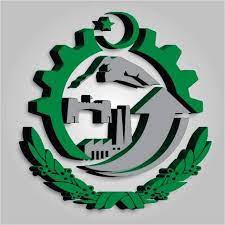 PESHAWAR
Khyber Pakhtunkhwa Economic Zones Development & Management Company (KP-EZDMC) has launched nine (9) new economic zones during the period of last three years to promote industrialization and attract domestic and foreign investment in the sector.
The newly launched economic zones include Rashakai Prioritized Special Economic Zone, Hattar Special Economic Zone and 7 Economic Zones EZ while five new upcoming projects also include one proposed Special Economic Zone at Draban, D.I. Khan. The remaining four others are Buner Marble City, Salt & Gypsum City Karak, Mansehra Economic Zone and Katlang Economic Zone.
Khyber Pakhtunkhwa Economic Zones Development and Management Company (KP-EZDMC) has been established as non-profit organization, within the meaning of section 42 of the Companies Ordinance, 1984 and is wholly owned by the government of Khyber Pakhtunkhwa.
The company aims to develop and manage world class industrial estates in the Khyber Pakhtunkhwa to help organizing and establishing planned and rapid industrialization in Khyber Pakhtunkhwa.Rehabilitation of the existing industrial estates is also part of the objectives of this company.
According to an official of the company, the company has so far extended incentives to the tone of Rs.14.3 billion to the enterprises in Hattar and Rashakai Special Economic Zones in the shape of relief in taxes.
The investors-friendly initiatives of the company have helped increase the number of operational enterprises in the province to 1166 units while 163 sick and closed industrial units have also been revived. The total employment in the operational units surged to 100,500 with around 10% female participation. 297 units are under construction in the new zones. The completion of the under new economic zones will generate 48,375 direct employment.
These initiatives have attracted huge industrial investment of Rs.340 billion in existing and newly launched economic zones and resulted in making the company self-sustainable. The company has spent Rs.7.260 billion on infrastructural works in different zones executed from the company’s own resources.
The upcoming initiatives of the company include planning and designing for Chaman Economic Zone Balochistan, skill development of human resource in .collaboration with Technical Education & Vocational Training Authority (TEVTA), United Nations Development Programme (UNDP) and British Council
The company is also going to establish a Women Business Park to promote women entrepreneurship. Women Business Powark is a new concept in PP (Plug & Play) where these women can immediately start their businesses.
The company is also working on construction of KP-EZDMC Tower through the company’s own sources besides provision of Green/Solar energy to SMEs in economic zones at competitive rates. DATA of all economic zones and enterprises has been digitized by recording it on the internal MIS system.
For the provision of one-window facility to the investors, the company has converted all economic zones offices to Industrial Facilitation Centres (IFCs) and has facilitated 2345 investors so far.
The management of the company is leaving no stone unturned in facilitating investors in provision of electricity to their units and Hattar SEZ, Rashakai pSEZ, Jalozai EZ, D.I. Khan EZ and Nowshera EZ (Extension) have already been energized.