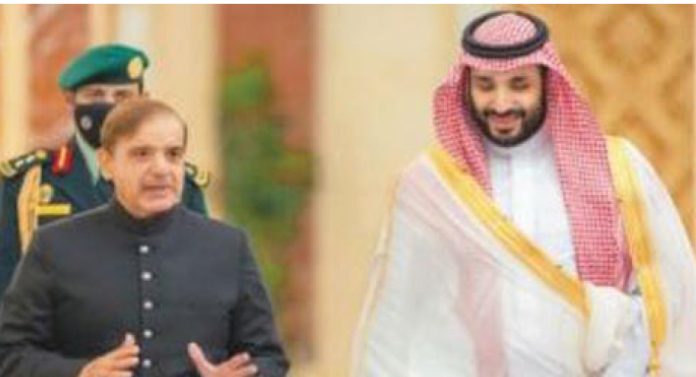 The deposits matured on December 5 for a period of one year
ISLAMABAD
The State Bank of Pakistan (SBP) on Sunday announced that the Saudi Fund for Development (SFD) confirmed the rollover of a $3 billion deposit for one more year.
The deposit was set to mature on December 5, the SBP tweeted, adding that the amount was placed with the central bank as part of its foreign exchange reserves.
“This reflects continuing strong and special relationship between KSA (Kingdom of Saudi Arabia) and Pakistan,” the SBP said.
The agreement for the deposit was originally signed in November 2021 with an aim to improve the SBP’s foreign exchange reserves.
The agreement was signed by SFD Chief Executive Officer Sultan Bin Abdul Rahman Al-Marshad and former SBP governor Dr Reza Baqir at the State Bank in Karachi.
In the last week of October 2021, Saudi Arabia had agreed to revive its financial support to Pakistan, including about $3bn in safe deposits and $1.2bn worth of oil supplies on deferred payments. The agreement was reached during the visit of former prime minister Imran Khan to the kingdom the same month.