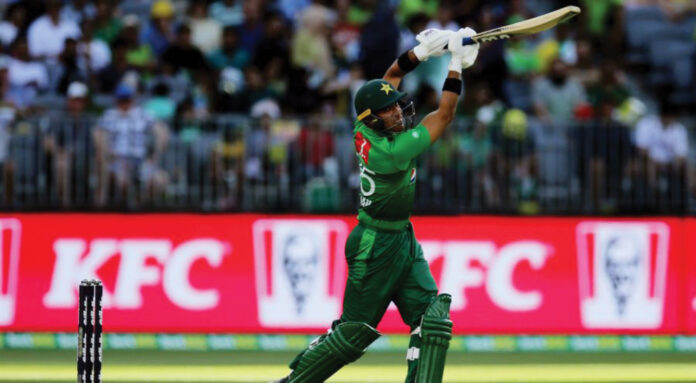 Northern seemed to have KP on the ropes, but wayward bowling at the death cost them the game
Islamabad
Sahibzada Farhan’s half-century followed by a blistering 17-ball 45* from Iftikhar Ahmed saw Khyber Pakhtunkhwa storm into the final of the National T20. The title defenders looked like they might stutter midway through the chase, only for Iftikhar to bail them out.
Put into bat first, Northern had a cautious start, scoring 48 in the Powerplay with no batter really able to capitalise on their start. Nasir Nawaz (27 off 18), Ali Imran (24 off 24), Umar Amin (22 off 18) and Zeeshan Malik (29 off 21) all failed to build on their innings, and Northern looked vulnerable at the 15-over mark, going at under seven an over. But 52 runs were scored in the last five overs to put on enough to give their bowlers something to defend. Arshad Iqbal was most prolific for KP, taking three wickets for 35, while Iftikhar Ahmed kept the runscoring down.
KP started off the pursuit with Farhan played a steady knock to lay a solid foundation with 53 off 39 balls. Kamran Ghulam who scored an unbeaten 110 last night put together a more measured knock, managing 35 off 29. KP were 107-5 when before Zaman Khan and Sohail Tanvir allowed just ten runs in the following two overs, meaning KP required 40 in the final three. But for a dialled in Iftikhar, it proved only too easy. 44 runs were plundered off the next 13 balls as KP sealed their place in tomorrow’s final.