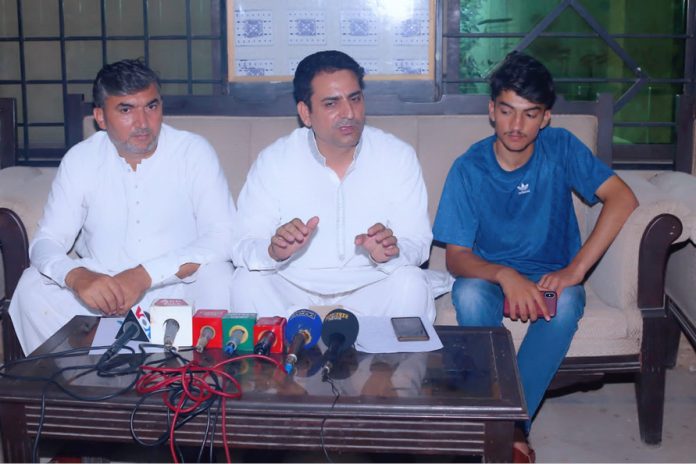 MARDAN
Khadim Nabi, a resident of Lower Dir District on Thursday said that the Election Commission has declared the donation given to him as foreign funding without verification in PTI prohibited foreign funding case, and it is a transaction from the account of his personal company, for which he accepts all kinds of responsibility.
He expressed these views while addressing a news conference at Mardan Press Club.
Khadim Nabi said that he went to the United Arab Emirates (UAE) in 2008 for a job. He added that later on in 2010 he established a company on the name of Next point computer and registered it in Sharjah. He added that now he changed the name of his company.
He said that he is a Pakistani passport holder, the only owner of the company in Sharjah and the account from which the transaction was made is still being used by him. He said that whatever comes to him from abroad, he donates to PTI and other charitable institutions.
He said that he is a patriotic Pakistani, apart from PTI, no political party has contacted him regarding the relief fund. He added that he transferred the funds to the PTI account PTI LLC America. However he did not disclose how much funds he transferred to the PTI account.
He added that he started a transaction to PTI after the Minar Pakistan Rally before 2013. He added that after 2013 he didn’t make any transaction to PTI.