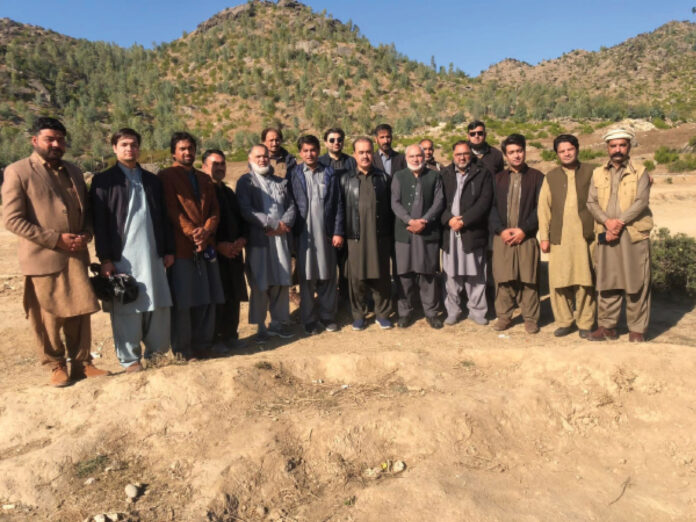 Haroon Siraj
Swat
Provincial Secretary for Information and Broadcasting KPK Arshad Khan has said that provincial government is taking special interest in provision of residential plots to journalists and Chief Minister Mehmood Khan is keen to provide housing facilities to the journalists across the province including Swat which worth was in billion of rupees.
The media is completely independent in PTI government and journalists are carrying out their responsibilities without any fear. He expressed these view’s while talking to media men upon his visit to Swat Media Colony.
Shahzad Alam senior journalist of Swat Press Club, Rashid Iqbal former chairman Swat Press Club, Obaidullah Abid, Waheedullah, Saeed-ur-Rehman, Murad Ali Khan and President of Barikot Press Club Sohail Bacha were also present on this occasion. Information Secretary Arshad Khan said that he arrived here on special instructions of Chief Minister KPK Mehmood Khan whom directed the concerned department to complete Swat Media Colony before June 2022 in order to provide accommodation to the journalist’s.
Chief Minister is well aware of the plight of journalists at Swat and taking special interest in resolving their differences in between them. He said that journalists of Swat have rendered immense sacrifices in the war against terrorism reiterating that Media was completely independent and there were no restrictions on them.
Media Protection Bill was recently passed, will enable the Media Houses to get rights for their working journalists and which certainly will reduce their difficulties too, he added.