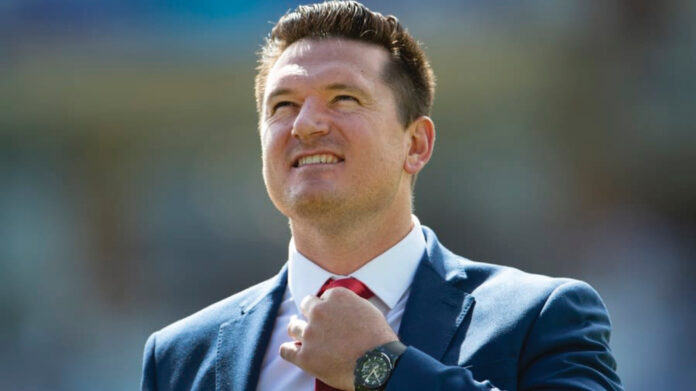 CSA wants players to prioritise immediate international and domestic commitments
islamabad
South Africa will not issue NOCs to any centrally contracted players for the Pakistan Super League. Graeme Smith, Cricket South Africa’s Director of Cricket told ESPNcricinfo that the board had opted to prioritise CSA domestic competitions.
“It is true that contracted members of the proteas team had their NOCs for the Pakistan Super League refused due to the Proteas international schedule and domestic competitions which must always be prioritised,” Smith said. “With an away tour to New Zealand and a home tour against Bangladesh, our contracted players have to be available for their national team duties first and foremost. The same applies with regard to our domestic franchise tournaments which will be starting up soon.
“If and when opportunities in other international T20 tournaments arise and the timings and fixtures do not clash with our own, CSA will happily approve NOCs, as we have always done in the past.”
CSA’s decision to bar centrally contracted South African cricketers doesn’t directly affect any players picked up in last month’s PSL draft; Marchant de Lange, Imran Tahir and Rilee Rossouw, the three South Africans part of PSL squads, are not centrally contracted by CSA.
However, the replacement draft, due to be held before the start of the PSL, had been relying on the availability of South African cricketers, an option no longer available to the league. The PSL is understood to have been keen on using South African cricketers to bolster their squads, but those hopes have now been dashed.
The replacement draft saw the PSL pick primarily local players, with Mohammad Huraira (Islamabad United) and Sahibzada Farhan (Karachi Kings) among the more significant recruits. Multan Sultans picked David Willey, Johnson Charles and Ben Dunk, while Quetta Gladiator’s big-name replacement signing saw Shimron Hetmyer drafted in.