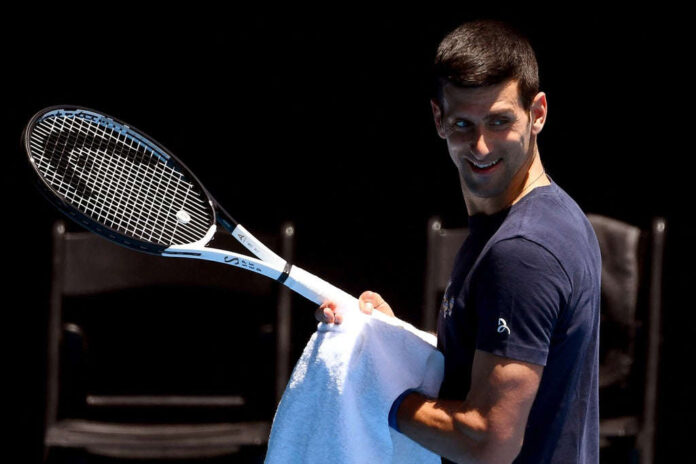 Novak Djokovic could yet be axed from this year’s Australian Open despite being drawn against fellow Serb Miomir Kecmanovic in the opening round in Melbourne.

Australia’s immigration minister Alex Hawke is still pondering whether to cancel Djokovic’s visa into the country despite a judge having previously ordered his release from a detention hotel.

The draw for this year’s event was delayed by more than an hour on Thursday with Djokovic still currently in contention to play when it gets under way on Monday.

Of the British contingent, Emma Raducanu has been drawn against former US Open champion Sloane Stephens in a tough opening-round match a day after winning just one game in the Briton’s first match of 2022 against Elena Rybakina.

Meanwhile, British No1 Andy Murray faces a repeat of his second-round match at this week’s Sydney Classic having been drawn to face No21 seed Nikoloz Basilashvili.

Murray endured a rollercoaster match against the Georgian eventually winning 6-7 7-6 6-3 in three hours and 15 minutes.

There are tough matchess for much of the British players. No12 seed and British No1 Cameron Norrie meets Sebastian Korda, one of the rising stars of the men’s game, in his first match at the Australian Open.

And Dan Evans faces David Goffin, who was playing Murray in the Sydney Classic on Thursday.