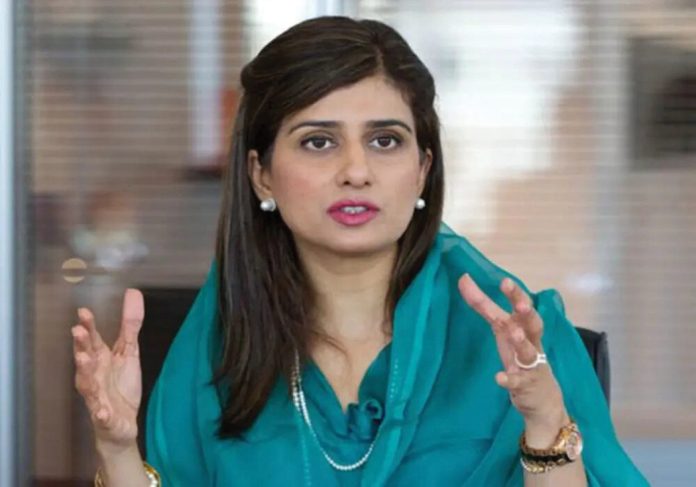 ISLAMABAD
Minister of State for Foreign Affairs, Hina Rabbani Khar on Tuesday made it clear that Pakistan was in no isolation as its foreign policy moved in the right direction with all diplomatic missions working complicatedly on all fronts.
Winding up the debate on Demands for Grants for the Ministry of Foreign Affairs in the next fiscal year and responding to criticism by Dr Ramesh Kumar in the National Assembly, she said Pakistan was playing much bigger role on the international front than its size in term of Gross Domestic Product (GDP).
“We are very happy to state that over the years, Pakistani diplomats, Pakistani statesmen and Pakistani politicians have contributed towards [effectiveness of] a policy in the multilateral institutions”, she added.
With respect to BRICS, she said there was absolutely no denying of the fact that China was the most effective strategic partner of Pakistan. “China is part of BRICS which means Brazil, Russia, India, China, and South Africa, where all the member countries have to work to cooperate each other”, she added.
If a certain unfriendly country, she said, wanted to block Pakistan and succeeded in doing so, then “how can we doubt China’s intention”. Chinese government’s statement also came the other day, which said that China wanted Pakistan to be part of this and it also recognized Pakistan’s role in global development.
She said the foreign policy of a country was useful if it severed in the interests of the people of that country. We are making it sure that the government works for Pakistan not for any individual and party, she added.
She said in BRICS “we don’t have a role but we still have core roles in many other international forums such as heart of Asia”.
With respect to the case of Afia Siddiqui, the foreign affairs’ state minister said as far as fighting her case was concerned, Pakistan was doing it at every level and that the country was consistent in its policy across the governments to fight in favor of the case. But obviously, she said every country had its own laws, rules and regulations besides its sovereign right.
“At present, she has the counselor access and her requirements are also being fulfilled”, she said adding Afia’s case was also being fought at every diplomatic level. Speaking about the case of detained Kashmiri Leader Yaseen Malik, she said Pakistan was raising voice and working on it with effective diplomacy.
“India today is not a secular state, it has become a rogue state and it has become a nation which is not going on the principles and the morals which is said by Nehru and Mahatma Ghandi.”
She said Foreign Minister Bilawal Bhutto Zardari himself made telephonic calls to the Secretary General of United Nation and to the Secretary General Organization for Islamic Cooperation (OIC).
Pakistani diplomats worked day and night to make sure that the OIC gave a joint statement in this regard, she said adding there was a big change in the organization now, as the OIC’s voice had gained weight on the international level.
She said now the OIC was raising voices for Muslims without any fear. “Now it is consistently raising voice wherever it sees any oppression against Muslim in any corner of the world”, she remarked.
The minister said the foreign services department under the leadership of Bilawal Bhutto Zardari was working beyond its duty.