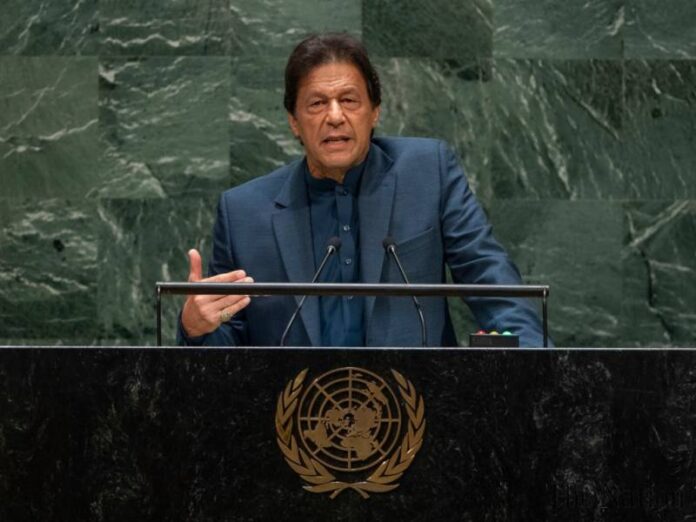 During his address to UNGA PM will draw the attention of the world towards the deteriorating situation in Occupied Kashmir, the prevailing situation in Afghanistan and the fake news being spread by India.
This was stated by Pakistan’s Permanent Representative to the United Nations, Munir Akram in an interview with Associate Press of Pakistan in New York.
He said Pakistan’s policy statement, to be delivered by the Prime Minister, is expected to convey Islamabad’s views on the major global economic and political issues.
Munir Akram remarked throughout the session, Pakistan will draw the world‘s attention to the human rights violations in Indian occupied Kashmir, the imperative to stabilize Afghanistan and the need to combat Islamophobia.
He underlined Pakistan will also stress the need to counter the disinformation, being propagated by India, and to address the economic challenges confronting developing countries.
He said Foreign Minister Shah Mahmood Qureshi will participate in person in several events being held during the week-long Assembly session.

He held that Imran Khan will give proposals for stability in Afghanistan.