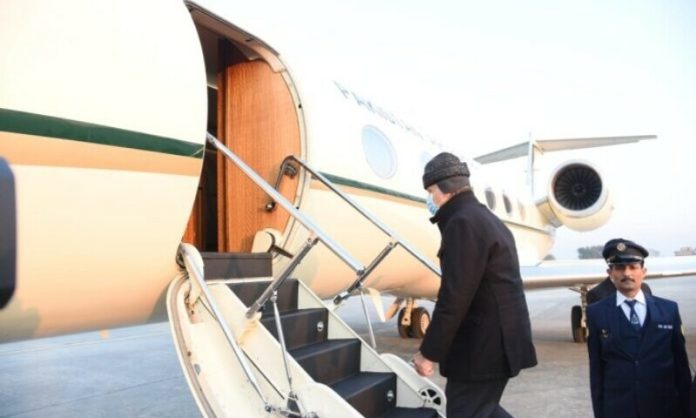 Prime Minister Shehbaz Sharif on Friday left for a two-day official visit to Turkiye at the invitation of President Recep Tayyip Erdogan.

He will be leading a high-level delegation in the country.

According to a Foreign Office (FO) statement, the premier will “jointly inaugurate the third of the four Milgem Corvette ships for the Pakistan Navy, PNS Khaibar, at the Istanbul Shipyard”.

Prior to his departure, the premier said in a tweet that the inauguration of the third Milgem Corvette ship represented the deepening defence cooperation between the Turkiye and Pakistan.

“High-level exchanges are a defining feature of our partnership,” he stated. “Our bilateral ties have entered a new era of strategic partnership under the leadership of President Erdogan.”

The PM went on to say that the two countries were on a course to “unpack the full untapped potential of relationship”, adding that high-level exchanges were a “defining feature” of the partnership between the two countries.