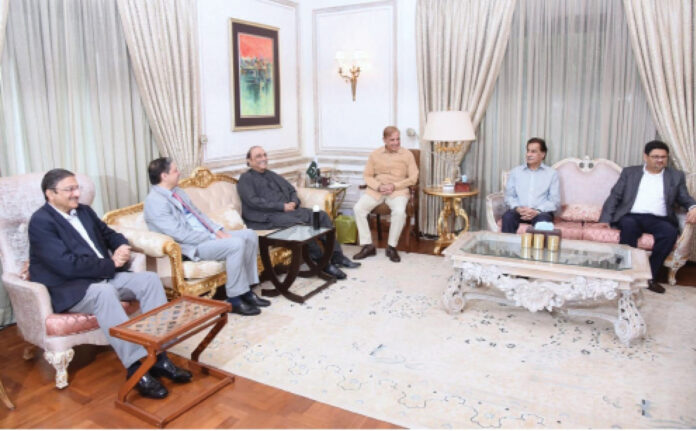 Sources say two leaders discussed proposals for NSC meeting and holding ‘Grand National Dialogue’
Islamabad
Amid rising political temperature in the country, former president Asif Ali Zardari called on Prime Minister Shehbaz Sharif and discussed the prevailing political and economic situation in the country on Saturday.
The meeting was attended by senior government ministers including PML-N and PPP leaders in Lahore.
A statement issued after the huddle said the coalition parties appreciated the steps taken by the PML-N-led government for the welfare of the people. The allies also reposed full confidence in the government, it added.
Both the leaders agreed to steer the country out the economic crisis through mutual cooperation, read the communiqué.
The two leaders discussed options to deal with PTI’s upcoming long march.
The strategy was also being worked out to defeat the opposition in the Punjab Assembly as Chief Minister Hamza Shehbaz lost majority after PTI dissidents were de-seated over defection.
Sources said PM Shehbaz has held two meetings with Zardari and JUI-F chief Maulana Fazlur Rehman in the last 24 hours.
The proposals for calling the National Security Committee meeting and holding ‘Grand National Dialogue’ involving all stakeholders including PTI to stabilise the economy and end political crisis were also discussed in the meeting, said the insiders.