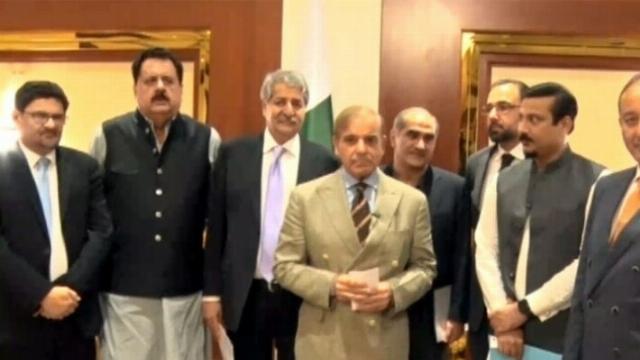 ‘Relief package’
Fixed tax exemption to create tax gap of Rs42 billion | PM says coalition govt “cannot add further pressure on small traders”
ISLAMABAD
Prime Minister Muhammad Shehbaz Sharif on Tuesday announced a complete exemption to about 17.1 million electricity consumers out of 30 million in the country from paying their Fuel Adjustment Charges (FAC) in the electricity bills.
As immediate relief measures for the masses, the prime minister said that the government had also notified rescinding of levy of fixed taxes on retailers and shopkeepers. He expressed that these measures would provide immediate relief to the masses.
Accompanied by the members of his delegation during his two-day official visit to Qatar, the prime minister said that when they came into power, they had two targets to achieve.
The coalition government carried the backlog of the previous government which had left behind a trail of worst performance and economic decay and due to their pathetic policies, the country was on the verge of default, he said, adding, but due to the untiring efforts of the coalition government, that danger was over.
The prime minister said the previous government’s poor performance had resulted in the price hike of commodities, but his government continued its efforts day and night. He said that though they had not achieved much in the span of hardly few months, but efforts were being made through collective efforts ‘to send back the jinni of price hike back into the bottle’.