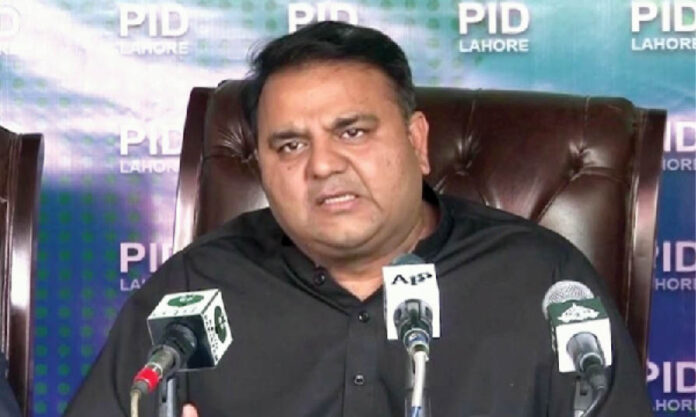 ISLAMABAD
Minister for Information and Broadcasting Chaudhry Fawad Hussain on Wednesday has said that the Pakistan Muslim League-Nawaz (PML-N) and Pakistan Peoples Party (PPP) have no agenda or program.
In a post on social-networking website Twitter, the minister said that merely criticism does not bring you success as there should also be an alternative agenda to attract people. He said instead of having desire to remove the government, the tasals about reforms.
Earlier, Fawad Ch told that Federal Cabinet while discussing the most important decision on the electronic voting machine opined that after amendment in the [election] laws, it is mandatory for the Election Commission of Pakistan (ECP) to hold all next by-polls through these machines.
“If elections are not conducted through the EVMs, there is another opinion that the government will not be able to fund ECP,” he said. The minister said the ECP should ensure use of the EVMs in all the next elections as the Parliament had given mandate in this regard.
Meanwhile, in another tweet, Fawad Hussain said on Wednesday that Pakistan Peoples Party’s yesterday rally in Peshawar was a good omen for the mainstream politics. He said that Pakistan needed federal parties and PML-N should also come out of Central Punjab.
He said that unfortunately the leadership of both parties had no agenda. Politics confined to region will end as no party could survive on mere criticism. he added. The minister said instead of trying to topple the government they should first learn to stand on their own feet. He urged both the parties to give their suggestions for major reforms in the country.