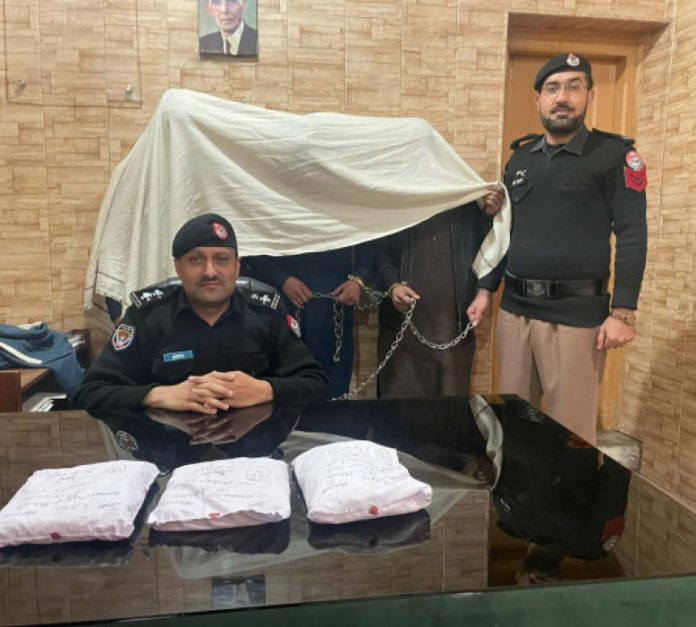 PESHAWAR: Police on Monday arrested two alleged drug dealers and recovered three kilogram Hashish from their possessions. SHO Police Station Shaheed Gulfat Hussain Muhammad Ashfaq told reporters that a comprehensive crackdown has been launched on drug pushers. He said that two drug dealers have been arrested during the crackdown. The arrested alleged drug dealers were involved in supplying drugs to specific customers in Kachi Mohalla, Ashraf Road,Hashangari Bazar and inner city. The arrested persons have been identified as Momin Ikram and Haroon residents of Peshawar city. During the preliminary investigation, the accused have confessed to being involved in the drug dealing. Police have registered cases and initiated further investigation. Crime Reporter