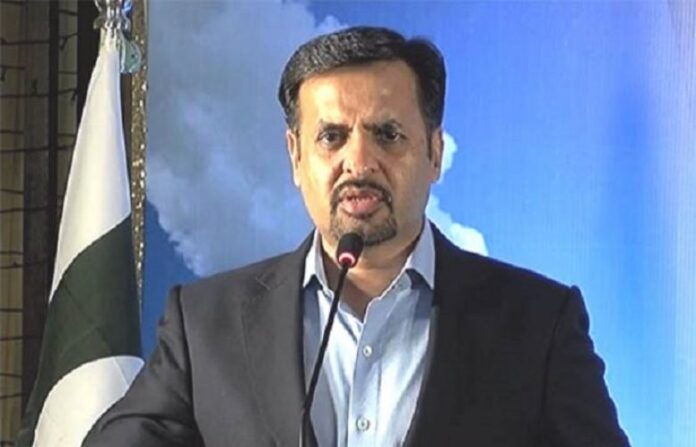 “we will free the entire Sindh from PPP terrorism and prove the issue is of morality not of powers. Through new local bodies amendment rule, PPP wants to stifle the breathes of the economic hub of Pakistan. PPP wants to paralyze Karachi economically and socially. PPP can not harm Pakistan in the presence of PSP. We had earlier stood against the Pharaoh of the time and today we are also standing firm against the PPP firauniat”, he said this while addressing party workers of district central in connection with March 30 Long March towards Chief Minister Sindh house against black local bodies amendment bill here Saturday.

He went on to say “ I say to the people of Karachi. Go alongside us on March 30 and we will continue to sit there unless we get our legitimate rights from PPP.

Our January 30 March will open the eyes of tyrannical rulers of PPP that no other way is left than giving their rights to oppressed people ,

He alleged PPP starts selling water by setting up hydrants on water lines whenever it comes to power. Quota system was imposed by the elders of PPP. But their descendants are not allowing 40 percent quota to the citizens which was reserved for urban Sindh.

He claimed PPP is settling its workers from other cities to Karachi and appointing them against urbab quota by preparing their fake domiciles.

He held PPP spent 10242 billion rupees . Sindh is not fit for living by the citizens. On the other hand I spent 300 billion rupees and Karachi was ranked among 12 fast developing cities in the world.

Country situation is changing every moment, he said adding those who have won the polls are accursed and the winning parties are breaking up. We are stronger than before despite losing the election, he remarked.

He underscored had 50 MPAs of PTI and MQM staged sit in the provincial assembly instead of tearing copies of local bodies amendment ac and they would not have left the assembly then PPP would never have dared to pass this black law.

Both the parties have stabbed the back of the citizens of Karachi by accepting the controversial population census of Karachi and implementing quota system for life time.