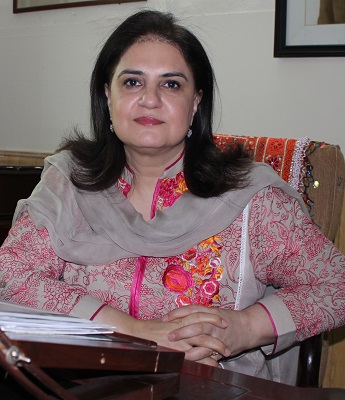 PESHAWAR
PPP Senator Rubina Khalid here on Sunday said that Chief Minister Mahmood Khan was spending public money to protect their leader from the court of justice.
While criticizing the stay of former prime minister and PTI chairman Imran Khan at Peshawar, she
said that PPP would soon launch the ‘Pakistan Khapay’ movement across the country to create awareness among people about corrupt practices that had affected the socio-economic condition of the country.
While addressing a press conference accompanied by other Party leaders at Peshawar Press Club, she said that PTI has lost their government due to political malpractices and committing massive corruption in each and every institution of the state. She said the people of Khyber Pakhtunkhwa have also rejected the agitation politics of PTI chief Imran Khan as his party failed to deliver good governance.
Rubina said that PPP was always striving to restore democracy in its real shape adding that we have full confidence in our security forces. She said difference of opinion is an integral part of democracy however politics of allegations would serve nothing but create anarchy in the system.
She said that all the Party workers and leaders were united under the leadership of PPP Co-Chairman Asif Ali Zardari who gave real name to the province and the welfare-oriented services rendered by PPP in its tenure are still remembered by the people.