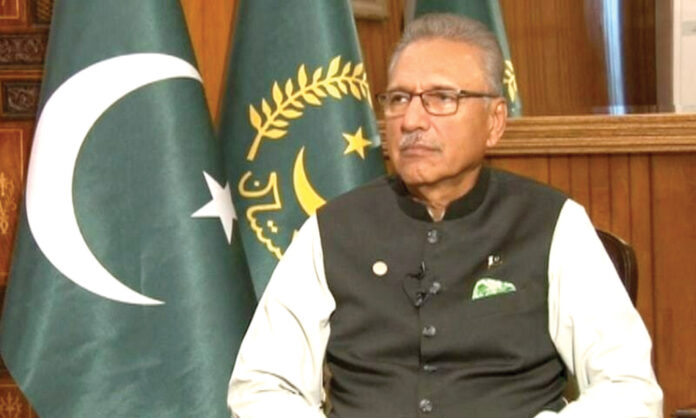 President Dr Arif Alvi on Friday said Pakistan highly values its ties with the Republic of Poland and wanted to further expand bilateral relations in the areas of trade, economy, and people-to-people contacts.

The President made these remarks while talking to the Ambassador-designate of Pakistan to the Republic of Poland, Dr Khalid Hussain Memon, who called on him, at Aiwan-e-Sadr.

Talking to the Ambassador-designate, the President emphasised the need for further augmenting bilateral trade and economic relations by establishing Joint Business Forum and promoting cooperation with Polish companies in the energy sector.

He asked the envoy to work on soliciting Poland’s continued support during the ongoing review process for the renewal of the GSP+ status of Pakistan.

The President directed the Ambassador to highlight Pakistan’s rich potential for tourism to further enhance the influx of tourists and promote people-to-people contacts with the friendly country.

He added that the envoy should work for the establishment of institutional linkages between the Pakistani and Polish universities to cement relations in the field of education, which would help in improving the quality of education and research of Pakistani universities.

He also asked the Ambassador to work on increasing the export of Pakistani manpower to Poland.

The President congratulated the Ambassador-designate on his appointment as Pakistan’s Ambassador to Poland and expressed the hope that bilateral ties between the two countries would be further strengthened during his tenure.