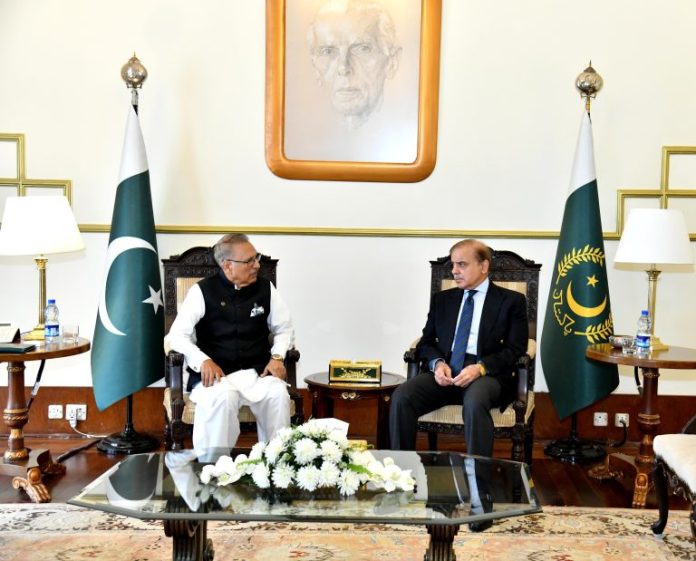 “The overall situation of the country was discussed during the meeting,” the media wing of the President House said in a statement.

The meeting took place after the prime minister witnessed the oath-taking ceremony as President Alvi administered oath of office to Senator Ishaq Dar as federal minister.