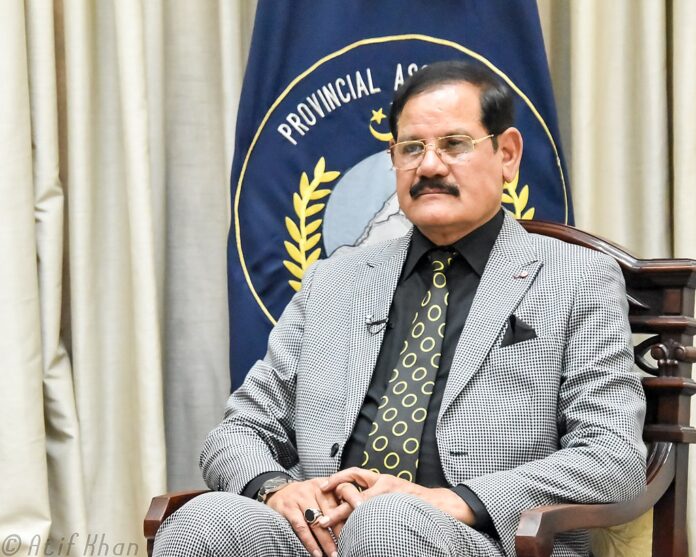 PESHAWAR
Speaker KP Mushtaq Ghani Thursday said that PTI government has changed the traditional concept of police in Khyber Pakhtunkhwa by introducing several reforms and making the department free of all sorts of interference and political influence. He said that under the reform agenda the provincial police have become a modern police force where transparency is being ensured and modern training being imparted to equip the police officials with modern day’s challenges.
Addressing “I am Traffic Warden” online mobile application by Abbottabad traffic police, he said that as per the vision of Prime Minister Imran Khan the performance and image of KP police have improved as compared to police forces of other provinces. He appreciated Abbottabad University students for developing the application for the traffic police and said that universities are not meant for awarding degrees, rather it was their responsibility to promote research culture in every discipline.
On the occasion SP Traffic Warden Qamar Hayat Khan said traffic has emerged as a great problem in Abbottabad city, adding that the application would help the drivers to know about traffic situations.
Regional Police Officer Hazara Mir Wais Niaz, VC Hazara University Prof Dr Tahir Irfan, Lt Gen Rayaz Salim Rana, DC Tariq Islam, DPO Zahoor Babar and others.