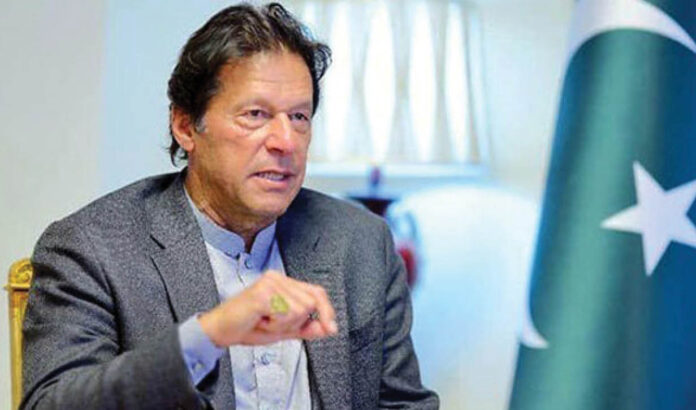 Former PM says he will soon give call for long march, urging nation, lawyers to support him
Islamabad
Former prime minister and Pakistan Tehreek-e-Insaf (PTI) Chairman Imran Khan has announced the start of his party’s ‘real freedom movement’ against the coalition government from Saturday.
“You have to stand up for law and governance in this country. I need the lawyers community for my country,” said Imran while addressing a lawyers convention in Lahore on Wednesday.
“Whoever threatens you, you counter it by threatening them back and tell them that the Constitution has given me the right to freedom of expression.”
Imran said that he will soon give a call for long march to Islamabad, urging the nation and lawyers to support him. “Together we will establish the rule of law in this country and bring real freedom to Pakistan,” he added.
The former premier said that a society which does not have rule of law gets destroyed. “Ever since they (the government) came into power after a ‘foreign conspiracy’, the country has been dismantled. What message are we giving to the youth by bringing such people to the power that only small-time thieves get caught here,” he said.
The PTI chief said that the current rulers have gotten rid of their corruption cases through NAB law tweaks. “The agencies whose job is to enforce the rule of law are breaking the law. The powerful can do anything in this country,” he added.
He said that in a country where there is no rule of law, the money flows from abroad and hence it does not have an ideology.

Imran said that the current government was taking Pakistan to a situation similar to that of Sri Lanka, adding that the country was moving towards big social unrest which had not been seen in the past 50 years.