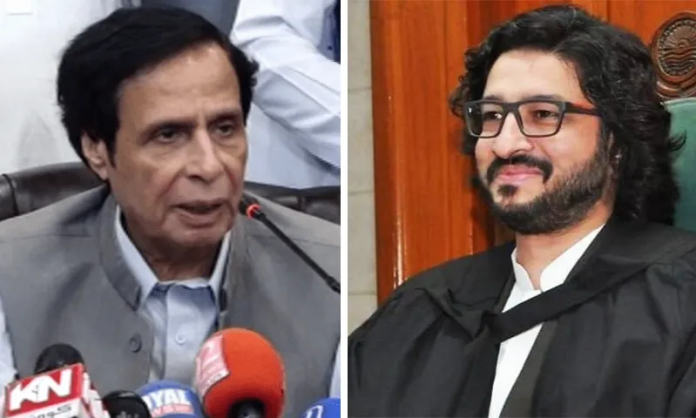 A three-member bench, headed by Chief Justice of Pakistan Umar Ata Bandial and comprising Justices Ijazul Ahsan and Munib Akhtar, directed Mazari to submit the complete record of yesterday’s re-election to the court.

The bench issued the directives while hearing Elahi’s petition, which was filed late last night, after a contentious ruling by the Punjab Assembly deputy speaker led to his defeat — despite having a majority — and Hamza Shehbaz’s re-election as the province’s chief executive.

The hearing is being held at the SC’s Lahore registry.

During the election on Friday, Mazari rejected all 10 votes cast by the PML-Q on the pretext that they had violated the orders of their party chief, Chaudhry Shujaat Hussain, citing a letter he received from the patriarch which said he was asking his party lawmakers to back Hamza.

After counting the polled votes, the deputy speaker announced that Elahi bagged 186 votes, while Hamza could get 179 votes. However, he refrained from declaring Elahi the chief minister.

Instead, he indicated that as party chief, Chaudhry Shujaat Hussain’s instructions to PML-Q members to vote for Hamza instead of Elahi held greater sway.

The deputy speaker then announced that Hamza had won the election of chief minister, since the 10 deducted votes reduced Elahi’s tally to 176, while Hamza remained on top with 179.

At the outset of the hearing, Elahi’s counsel Barrister Ali Zafar informed the court that in the run-off election yesterday Hamza secured 179 votes against his client’s 186.

But the deputy speaker rejected 10 votes of PML-Q lawmakers on the grounds of a letter, purportedly sent by PML-Q President Shujaat, the lawyer said.

During the hearing, Elahi informed the court that Hamza had taken oath as the chief minister.

However, Chief Justice Bandial responded: “It does not matter. We have to discuss the law and the Constitution.”

The court then summoned Mazari and adjourned the hearing till 2pm.