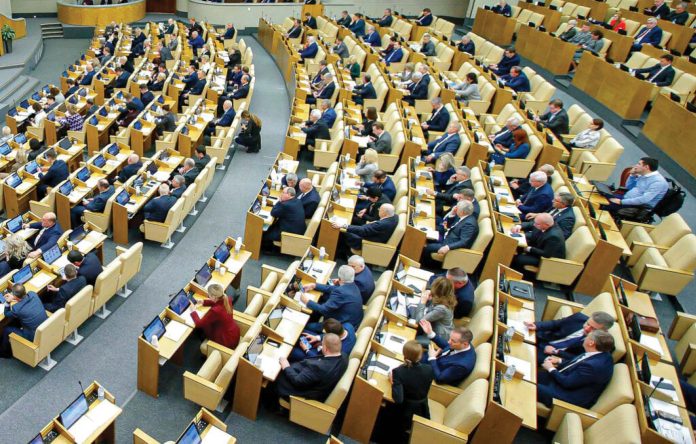 MOSCOW
The Russian State Duma, a term used for the lower house of the Federal Assembly of Russia, on Thursday approved the third reading of a bill prohibiting propaganda that promotes non-traditional sexual relations, pedophilia and information capable of causing someone to seek gender reassignment surgery, Russian news agency TASS reported.
According to the state news agency, the bill bans LGBT propaganda in the media, on the Internet, as well as in commercials, books and movies. Moreover, any calls for gender reassignment among minors on the Internet, in the media, and in books, audiovisual services, movies and commercials will be prohibited.
Adding to that, the law will ban any movies ‘containing material with propaganda promoting non-traditional sexual relations or preferences’ from screening.
The law states that children will have restricted access to LGBT propaganda, mainly only through paid platforms. “For example, viewers will be asked to enter a code or take some other steps to verify their age. Those under 18 years of age will not be able to access LGBT information,” TASS reported.
According to Reuters News Agency, those who breach law will be imposed with heavy fines. Fine will be up to 400,000 roubles ($6,600) for individuals and up to 5 million roubles ($82,100) for legal entities. Foreigners could face 15 days of arrest and subsequent expulsion from the country.
“LGBT today is an element of hybrid warfare and in this hybrid warfare we must protect our values, our society and our children,” Reuters quoted one of the bill’s architects Alexander Khinstein, as saying.
On the other hand, LGBT Network, which offers legal aid, has called the legislation an “absurd” attempt to humiliate and discriminate against the LGBT community.