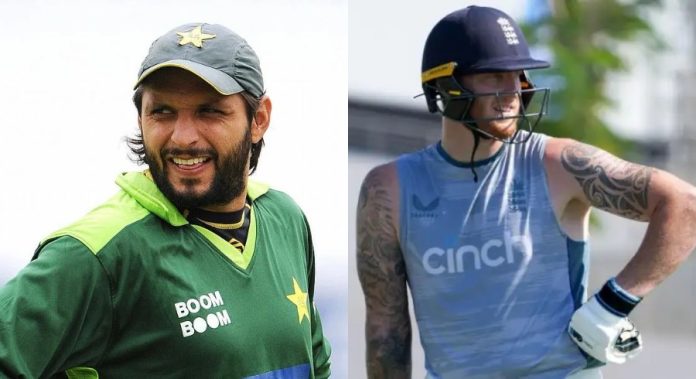 Islamabad
Former Pakistan captain Shahid Afridi greeted England’s cricket team on their return to Pakistan for the first time in 17 years on Monday. Since 2005, England has not played a Test series in Pakistan.
Afridi shared a tweet on his social media handle welcoming England, particularly skipper Ben Stokes, who announced that his match fees from the three-match Test series against Pakistan would be donated to the country’s flood relief efforts.
“Warm welcome to @englandcricket on their arrival to [Pakistan] after 17 long years. Much respect to Ben Stokes for this gesture for flood victims, you are a true ambassador of our sport, May others be inspired through this,” Pakistan’s veteran cricketer wrote quote-tweeting Stokes’ tweet.
Afridi also expressed his desire for “good cricket” during the upcoming Test series between the two countries.
The Test series is set to begin on December 1 and end on December 21.
Rawalpindi Cricket Stadium will host the first Test. The second and final Tests will be held in Multan and Karachi, respectively.
Stokes expressed his delight at being in Pakistan for the first time for this “historic series” on Twitter.
“I’m donating my match fees from this Test series to the Pakistan Flood appeal,” said the skipper.
Schedule of Pakistan vs England Test series
December 1-5 – First Test, Rawalpindi
December 9-13 – Second Test, Multan
December 17-21 – Third Test, Karachi