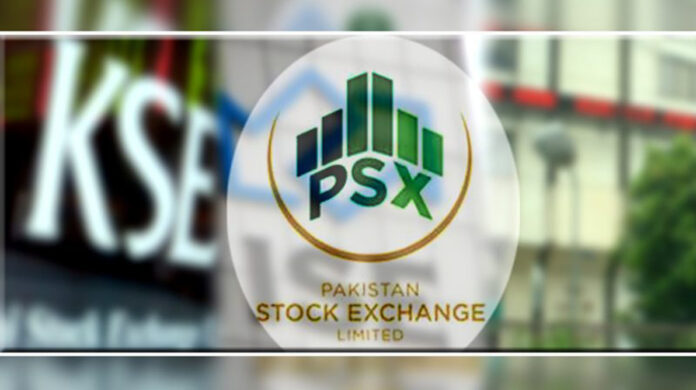 Shares at the Pakistan Stock Exchange began the week in the red as uncertainty looms on the outlook for the country’s foreign exchange reserves with no clarity on when the pending ninth review of the International Monetary Fund (IMF) will conclude.

Pakistan’s forex reserves stood at a historic low of $7.5 billion for the week ending on November 25 — barely enough to cover a month’s imports.

Since then the country has repaid a $1 billion international bond on Friday, three days before its maturity on Monday, and also received $500 million from the Asian Infrastructure Investment Bank.

“There seems to be significant uncertainty on the outlook for forex reserves, especially as the 9th IMF programme review is still pending,” said Raza Jafri, head of research at Intermarket Securities.

Pakistan entered a $6 billion IMF programme in 2019 and its ninth review is currently pending with remote talks being held between IMF officials and the government for the release of $1.18 billion.

“There is a delay in IMF review, which is creating panic among investors. The finance minister’s comments on a private TV channel have also made negative headlines,” said Fahad Rauf, research lead at Ismail Iqbal Securities.

On Friday, Finance Minister Ishaq Dar’s interview on a private television channel raised eyebrows when he said he was not concerned whether the IMF team arrived in Pakistan for the ninth review, indicating that there may be an impasse in the ongoing talks.

Finance minister was questioned about the delayed arrival of the IMF team to which he said: “I don’t care if they come. I don’t have to plead before them. I have to look at Pakistan’s matters.”

A Dawn report last month said Pakistan was behind on multiple performance criteria essential for the completion of the review, with authorities hinting they had asked for some waivers from the financial institution.

For its part, the IMF in a statement last week had said Pakistan’s “timely finalisation” of a recovery plan from floods was essential to support discussions and continued financial support.

Pakistan was already in the grips of an economic crisis, facing decades-high inflation and dangerously low levels of forex reserves, when the country was devastated by floods that killed at least 1,700 people and caused severe damage, estimated at around $30 billion by authorities, to agricultural land and infrastructure.