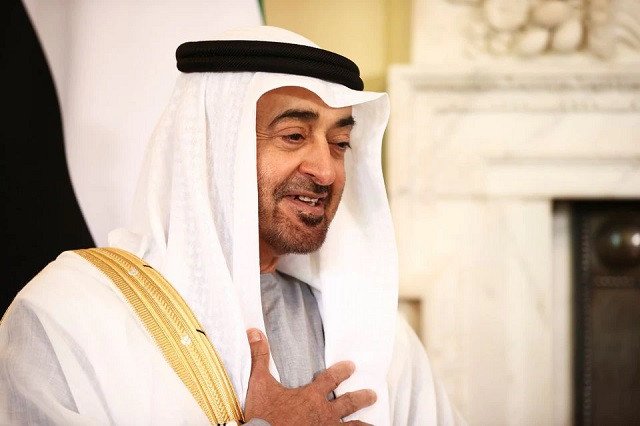 Sheikh Mohamed was elected by the Federal Supreme Council becoming ruler of the oil-rich country founded by his father
ABU DHABI
The UAE’s long-time de facto ruler Sheikh Mohamed bin Zayed Al Nahyan was elected as president on Saturday, official media said, a day after the death of former leader Sheikh Khalifa.
Sheikh Mohamed was elected by the Federal Supreme Council, WAM news agency said, after years of calling the shots from behind the scenes while his half-brother Sheikh Khalifa was sidelined by poor health.
The Supreme Council of the UAE elected His Highness Sheikh Mohamed bin Zayed Al Nahyan, Ruler of Abu Dhabi, as the President of the UAE.
Following the announcement, His Highness Sheikh Mohammed bin Rashid Al Maktoum, Vice-President and Prime Minister of the UAE and Ruler of Dubai, and Sheikh Hamdan bin Mohammed bin Rashid Al Maktoum, Crown Prince of Dubai and Chairman of the Dubai Executive Council, congratulated Sheikh Mohammed bin Zayed.
The 61-year-old leader will be the country’s third president, after succeeding Sheikh Khalifa bin Zayed Al Nahyan, who passed away on May 13, at the age of 73. Sheikh Mohamed, who served as Abu Dhabi Crown Prince since November 2004, will also be the 17th Ruler of Abu Dhabi.
The Federal Supreme Council convened on Saturday to elect the president, who will hold office for a five-year term before being eligible for re-election. The new president was selected from among the members of the Federal Supreme Council.
Sheikh Mohamed has also served as the Deputy Supreme Commander of the UAE Armed Forces since January 2005. He is known for playing a key role in developing the UAE Armed Forces in terms of strategic planning, training, organisational structure and promoting defence capabilities.
Under his leadership, the UAE Armed Forces have emerged as a leading institution that is widely admired by international military organisations.
In a poem that paid emotional tribute to the late Sheikh Khalifa bin Zayed posted on Saturday early morning, His Highness Sheikh Mohammed bin Rashid Al Maktoum, Vice-President and Prime Minister of UAE and Ruler of Dubai, pledged allegiance to the successor.
“May Allah grant [Mohamed bin Zayed] patience and lighten up his path for he is a true carrier of the legacy of [Sheikh Khalifa].” “I pledge my allegiance and support to him with love and honesty because obeying the ruler is a duty,” the poem concluded.
In a similar manner, Sheikh Khalifa bin Zayed Al Nahyan was declared president one day after the passing of his father the UAE’s Founding Father Sheikh Zayed bin Sultan Al Nahyan on November 2, 2004.
The UAE began 40 days of mourning on Friday following the death of President Sheikh Khalifa bin Zayed Al Nahyan who ruled the UAE since 2004. Government and private offices have been shut for three days starting Saturday, with work to resume on Tuesday, May 17.