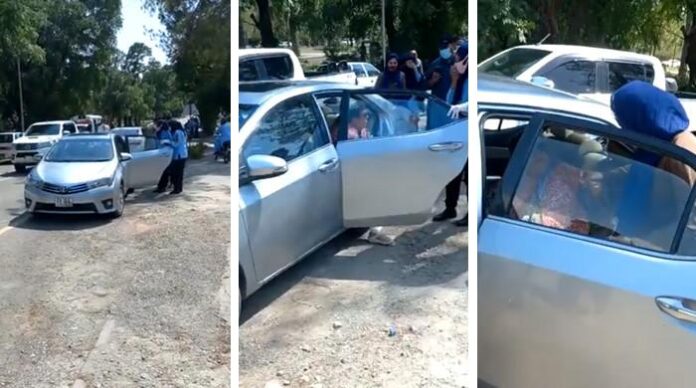 ISLAMABAD
Former human rights minister and PTI leader Shireen Mazari was on Saturday manhandled and arrested in Islamabad by police officials, according to footage available of the incident.
Officials of the Anti-Corruption Establishment (ACE) confirmed that Mazari had been taken into custody.
Her daughter Imaan Zainab Mazari-Hazir, in a tweet, claimed she was “beaten and taken away by male police officers”, adding: “All I have been told is that Anti-Corruption Wing Lahore has taken her.”
However, Islamabad police disagreed with that version, saying: “Dr. Shireen Mazari was arrested by female police officers as per the law on the request of the anti-corruption department. News of any mishandling is baseless.”
In available footage of her arrest, which was aired by broadcasters, Mazari could be seen being dragged out of a car by female police personnel while she could be heard protesting: “No. Don’t touch me.”
Unidentified voices in the footage could be heard telling her that “there is no issue” and the matter could be discussed “peacefully”. “You are using violence. Don’t you take my phone … you b*****d,” Mazari could be heard saying in response.