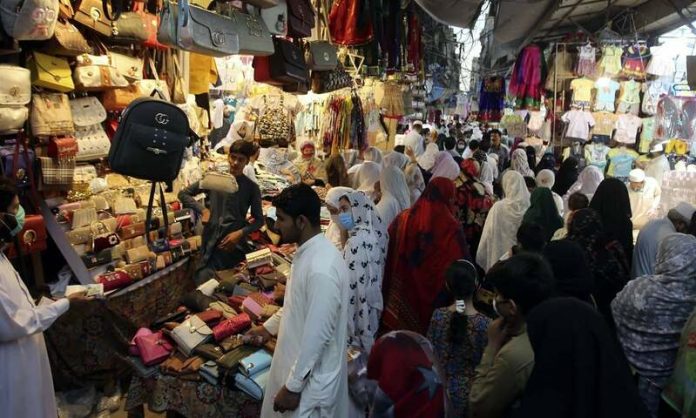 Public interest
KARACHI
The Sindh government on Sunday announced that it was lifting the restrictions placed on operational hours for businesses and markets across the province “in the public interest” for a period of one week.
The decision from the provincial government comes a day after the Punjab government abolished the restriction of closing markets at 9pm, allowing traders and shopkeepers to avail the relaxation till July 9, the eve of Eidul Azha.
The Sindh government had on June 17 limited the operating hours of markets, shopping malls, wedding halls, and restaurants across the province for a month till July 16 in order to conserve electricity during the ongoing “energy crisis emergency”. Under the order, all markets, shops and shopping malls were ordered to close by 9pm, with medical stores, pharmacies, hospitals, petrol pumps, CNG stations, bakeries and milk shops among exceptions.
In addition, marriage halls banquets and marriage functions were required to end by 10:30pm while hotels, restaurants, coffee shops and cafes were to shut down by 11pm.
However, in a notification issued by the Sindh Home Department today, the restriction on the closing hours of shops, restaurants, wedding halls, and other such places has been withdrawn till July 10. “The previous notification [regarding restrictions] shall come into force on July 11, instantly,” the provincial government said.
Prime Minister Shehbaz Sharif had on June 4 sought an ‘emergency plan’ to end load shedding and a few days later the government announced measures to contain the power crisis including limiting market timings countrywide for a period of 30 days.
Pakistan is currently facing an energy shortfall, with parts of the country witnessing hours-long loadshedding on a daily basis.