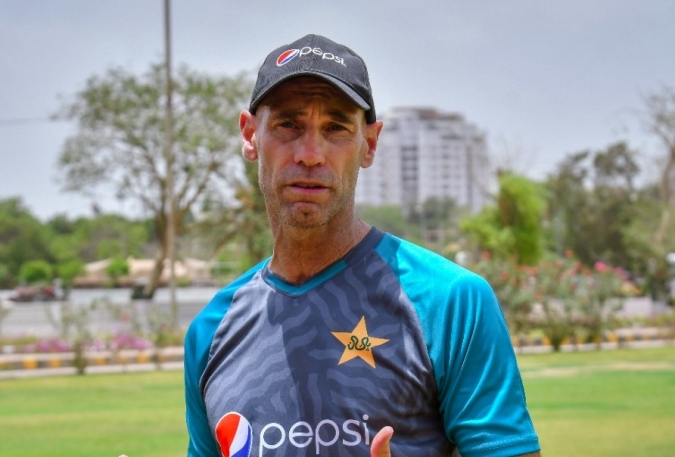 KARACHI
The four-day skill camp for Karachi-based women players concluded on Thursday at the Hanif Mohammad High Performance Centre, National Stadium. National team’s head coach David Hemp flew in from Lahore to work with national, emerging and academy players on a one-on-one basis with the help of national team’s bowling coach Saleem Jaffer, trainer Saboor Ahmed and Sindh women’s coach Azam Khan.
During the camp, the players worked extensively in nets sessions on their batting and bowling skills. Hemp and the rest of the coaches gave individual attention to the players in a bid to sort out technical challenges in various disciplines of the game.
The morning sessions were dedicated for players who are part of the Commonwealth Games and tri-series (Ireland) squad besides the prominent national Karachi players. The full squad will begin a 10-day long camp in Islamabad from 1 July before flying out to Ireland on 12July.
In the afternoon sessions, Hemp worked with players enrolled in the regional academy programme at the high performance centre.
The prominent players who took part in the camp included: Aiman Anwar, Fatima Sana, Kainat Imtiaz, Muneeba Ali, Omaima Sohail (all part of the Commonwealth squad), Anoosha Nasir, Aroob Shah, Javeria Rauf, Najiha Alvi, Rameen Shamim and Yusra Amir.
Hemp meanwhile, is pleased with the gains of the short camp and feels that a lot of good work has been done by regional coaches which has helped in development of a solid pool of national, emerging and back-up players in Karachi.
David Hemp: “Very productive four days in Karachi, it was great to come down and spend quality time in terms of one-on-one sessions with not only the contracted players but also the players who are a part of the emerging and academy pool here. The skill level within the female programme is there, we do need to however ensure that they are being constantly challenged in terms of improving their game, fitness etc.
“The challenge is to ensure that the players keep training and playing outside the national team setup. The purpose of this visit was also to give reminders to the players on how they can keep themselves fit and ready and how they can constantly train and improve even when they are not part of an event or series.
“The regional programmes that are up and running across the country under the supervision of coaches like Azam Khan, Naveed Anjum, Waqar Orakzai, Mohsin Kamal and Kamran Hussain are delivering for us now and all of them are doing a fantastic job. What was really encouraging for me was to see the development of emerging players that I saw six to eight months ago, they have made improvement in their game and deserve a lot of credit for that alongside the efforts of the coaches.
“The Commonwealth Games and the lead-up to that is very important for us, we will be starting a preparatory camp in Islamabad in a week’s time. During the camp we will be playing practice games to ensure we are well prepared for the big event and the tri-series in Ireland that precedes the Commonwealth Games.
“The tri-series in Ireland will provide us an excellent preparation opportunity as in Ireland and Australia we will be playing two teams that will be strong and will play the game differently in conditions that are foreign for us.”