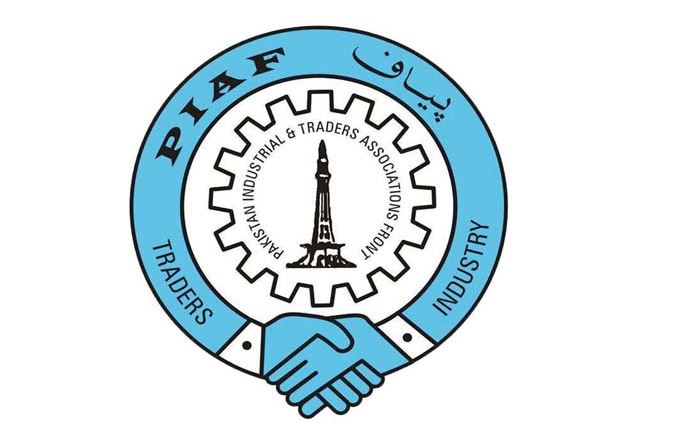 ISLAMABAD
The Pakistan Industrial and Traders Associations Front (PIAF) newly-elected Chairman Faheem Ur Rehman Saigol on Sunday said that the wrong timing of Super Tax announcement has reversed positive impact of Chinese loan to help stabilize falling reserves and support the economy.
Faheem Ur Rehman Saigol, in a joint statement along with senior vice chairman Haroon Shafiq Chaudhary and vice chairman Raja Adeel Ashfaq, observed that the much-awaited Chinese inflows of $2.3 billion supposed to boost the sliding foreign exchange reserves of the country but the mismanagement, incompetency, lack of vision and inappropriate timing of super tax imposition has reversed the situation at all.
The PIAF Chairman said that Pakistan and China, on June 23, signed a commercial loan deal of RMB 15 billion equal to $2.3 billion. The agreed amount arrived into the State Bank of Pakistan (SBP) account, increasing our foreign exchange reserves.
After the arrival of these inflows, the total liquid foreign exchange reserves held by the country are likely to cross the $16 billion mark after accumulating the external debt payments. But the untimely imposition of 10% Super Tax on large-scale industries has shaken the whole economy as it has rattled the stock market, which fell by record more than 2,000 points (almost 5%) in a single day though the same market was flying up while rupee strengthened against dollar by almost Rs5 following the news of Chinese loan approval for Pakistan.
He said that for the sake of an installment of only $ 900 million from the International Monetary Fund the government has destroyed the country’s economy.
He said that due to expensive electricity and rising prices of gas and petroleum products, factories and industrial zones were already in a state of turmoil. And yet the coalition government imposed a super tax on major industries — including cement, fertilizer and LNG, banking, automobile, oil and gas, sugar, steel, chemicals, beverages and aviation — which was equal to closing down these industries.
Haroon Shafiq Chaudhary said that these industries created most of the employment opportunities in the country as they provided jobs to millions, and pointed out that soon after Finance Minister Miftah Ismail’s speech about the revised federal budget, the Stock Market crashed, causing a loss of Rs 230 billion to the traders. This was the third time that the exchange had crashed in the last 11 weeks.
PIAF vice chairman Raja Adeel Ashfaq said that the economic policies of the present government were beyond the comprehension of traders and industrialists and it seemed as if the country was rapidly moving towards default.
He said that imposition of super tax by the government would have a very negative impact which would not only increase the prices of our products from the rival countries but also deprive the country of earning a lot of foreign exchange.
Raja Adeel said that we are already competing in the global markets with limited resources which are no less than fighting a war. He said the cost of doing business in the country is already at an all-time high and 13.75% interest rate will not allow the economy to grow at any meaningful level and as far as exports are concerned, raw material prices have already made them uncompetitive.