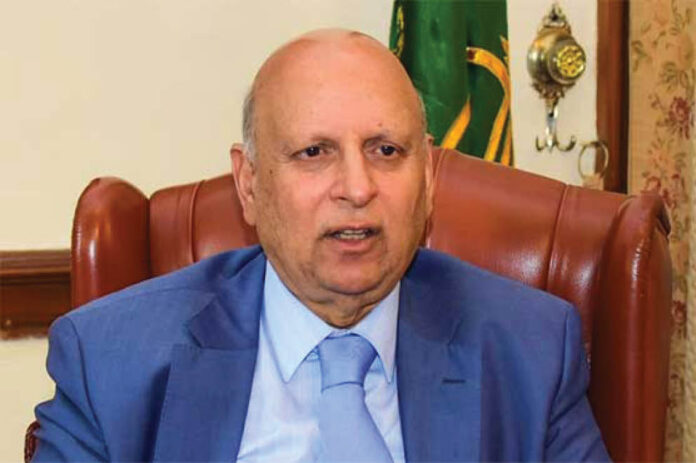 Punjab Governor Chaudhry Mohammad Sarwar has said that taking the law into one’s own hands on the basis of mere accusation is contrary to Islamic teachings. There is no place for violence and extremism in Islam. Scholars should play a positive role in curbing extremism. Sialkot incident is a disgrace to the whole nation. Those who are responsible for this heinous incident will be brought to law at any cost. Prime Minister Imran Khan is supervising the investigation, those responsible will not be able to escape.
On Saturday, Punjab Governor Chaudhry Mohammad Sarwar in his tweet and statement on the incident of killing a foreign national and burning his body in Sialkot said that there is no doubt that the Sialkot incident is very unfortunate and an insult to Islam and human dignity. Those involved in such incidents are bringing Pakistan into disrepute in the world. This tragic incident is being condemned by scholars from all schools of thought but there is a need for all political and religious parties to unite in order to protect the country from extremism as well as religious extremism.
Chaudhry Mohammad Sarwar said that Prime Minister Imran Khan has clearly stated that those involved in this incident will not be forgiven under any circumstances. The arrests have begun already and those responsible will be punished as soon as possible according to the constitution and law. The minorities in Pakistan will be protected according to the vision of Quaid-e-Azam Muhammad Ali Jinnah, he added.
Punjab Governor Chaudhry Mohammad Sarwar said that the incident of burning a foreigner alive on the pretext of blasphemy was very sad and embarrassing for 220 million Pakistanis. Government agencies have taken timely action against those responsible. Prime Minister Prime Minister Imran Khan himself is monitoring the Sialkot incident and the government has a clear policy that no one will be allowed to take the law into their own hands. Relevant agencies including the police will ensure that such incidents do not happen in Pakistan in future.
ENDS/ONLINE