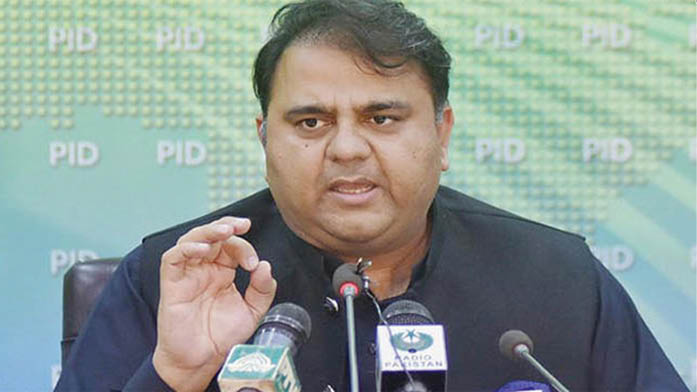 Former Minister for Information and Broadcasting Fawad Chaudhry gave is stance on the meeting between the Pakistan Peoples party (PPP) Chairman Bilawal Bhutto Zardari and
Pakistan Muslim League-Nawaz (PML-N) Supremo Nawaz Sharif and said that the level of their political popularity can be witnessed by the fact that let alone Pakistan, they cannot move around in England without security.

While taking over his twitter handle, the Pakistan Tehreek-e-Insaf (PTI) leader Fawad Chaudhry said that the so called leaders of Pakistan have to post guards at restaurant tables to defend themselves from Pakistani citizens even in England.

The PTI leader also said that these are the type people deciding the
next political setup of Pakistan.

While talking about the PTI Chairperson, the former minister said that
the two major offences charged against Imran Khan are the Tausha Khana
watch case and the helicopter travelling expense case.

This is in itself proof that the former PM laid the foundation of a
transparent and honest governance.

Fawad Chaudhry further said that if the government had a little
self-respect left, they would not have said such things about Imran Khan
but it does not matter now because the former PM is rooting for early
election and he will get what he wants. DNA