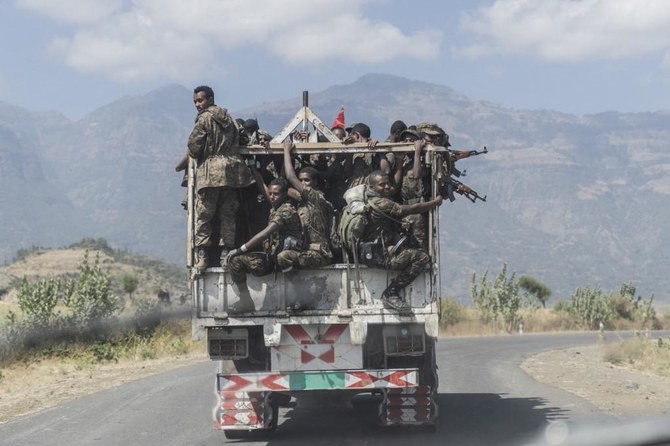 NAIROBI
Tigray rebels accused Ethiopian government forces and allied militias of launching a “large-scale offensive” against southern Tigray on Wednesday.
There was no immediate response from the Ethiopian government and the claims by the Tigray People’s Liberation Front (TPLF) could not be independently verified as the region is under a communications blackout.
“They launched the offensive early this morning around 5:00 am local time (0200 GMT). We are defending our positions,” TPLF spokesman Getachew Reda said in Nairobi in a brief message.
He said on Twitter that the “large-scale” offensive was launched “against our positions in the southern front” by the Ethiopian army and special forces and militias from the neighboring Amhara region.
The TPLF claims come five months after a truce was declared in the brutal conflict in northern Ethiopia that erupted in November 2020.
On Tuesday, the Ethiopian National Defense Force issued a statement accusing the TPLF of seeking to “defame” the army by claiming government forces were moving toward their positions or shelling them with heavy weapons.
Prime Minister Abiy Ahmed’s government and the TPLF have been locked in a war of words in recent weeks even as both sides have raised the prospect of peace talks to end the war.
The two sides disagree on who should lead any negotiations, and the TPLF also insists basic services must be restored to the region of six million people before dialogue can begin.