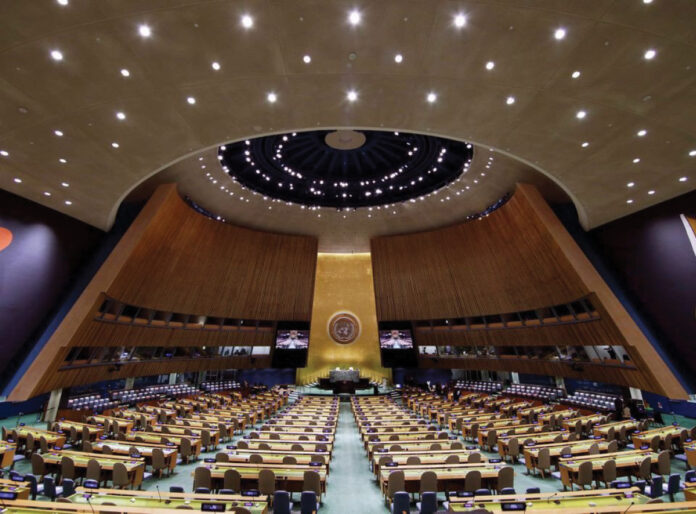 Pakistan commends IOM humanitarian operation in war-torn country
GENEVA
Afghans seeking to flee abroad face escalating risks as the domestic situation deteriorates, the United Nations refugee agency said on Wednesday in a plea to neighbouring countries to open their borders even to those without documentation.
Iran, Pakistan and Tajikistan have deported increasing numbers of Afghans since August, following the Taliban takeover, it said. The UNHCR called for a halt to deportations, saying Afghans may face persecution in their homeland where religious and ethnic minorities and activists have been targeted.
“UNHCR urges all countries receiving Afghan new arrivals to keep their borders open to those in need of international protection,” the UN High Commissioner for Refugees said in a statement.
Earlier, Pakistan commended the International Organization of Migration (IOM) for its operations in conflict- affected Afghanistan, saying that it helped prevent large-scale displacement crisis in the war-torn country.
“A mass exodus of migrants and refugees remains a real possibility and preventing it requires sustained international engagement, humanitarian and economic assistance,” Khalil Hashmi, Pakistan’s ambassador to the UN in Geneva, told, the UN agency dedicated to promoting an orderly migration.
“We hope the IOM and its member states drive the contemporary migration agenda that promotes equity, sustainable development and deals with both drivers and manifestations of migration in all its dimensions,” the envoy said in the Council’s general debate.
The IOM’s Council session marked the 173-member, Geneva-based organization’s 70th anniversary. In his address, Hashmi highlighted the Covid vaccine divide, prevailing inequality and vulnerability, with 250 million job losses and the worsening impacts of climate change. ”These impacts disproportionally affect developing countries with large migrant populations abroad or those hosting large number of migrants, given the reduced fiscal space, growing debt burdens and restricted access to vaccines,” he continued.
“Unless these accentuating factors were addressed systemically through a range of policy measures within the global development policy space,” Ambassador Hashmi said, “the goals of safe and orderly migration will remain elusive.” He also shared Pakistan’s concerns over the growing level of xenophobia, racism and stigmatisation of migrants. The envoy urged the IOM to enhance its advocacy and efforts towards scaling up legal pathways for migration, achieving the Sustainable Developments Goals (SDGs) target 10.
The envoy told the session that Pakistan had facilitated its diaspora abroad and irregular migrants in the country amidst the Covid pandemic. Irrespective of legal status or number of migrants and despite economic constraints, Pakistan afforded to refugees and migrants social mobility, employment opportunities and access to health and education.
“We have and continue to facilitate evacuations and extend logistical support to several states and international organisations, including the IOM, following developments in Afghanistan since August this year,” he added.