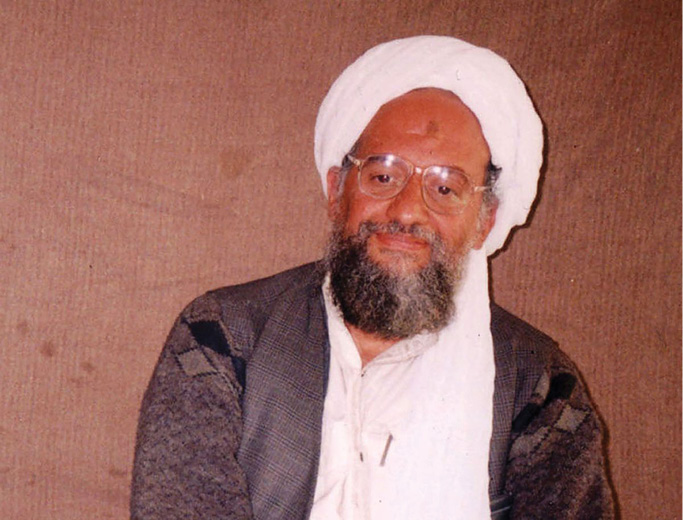 WASHINGTON
The US has urged its citizens to be vigilant against possible anti-American violence abroad following the killing of al-Qaeda leader Ayman al-Zawahiri.
His death could prompt al-Qaeda supporters or other linked terror groups to target US facilities and personnel, said the state department.
Zawahiri was killed by a US drone in the Afghan capital, Kabul, on Sunday.
He had helped mastermind the 9/11 attacks on the US in which nearly 3,000 people lost their lives.
The 71-year-old Egyptian doctor took over al-Qaeda after the death of Osama Bin Laden in 2011.
The killing was confirmed on Monday by US President Joe Biden, who said Zawahiri had carved “a trail of murder and violence” against American citizens.
Mr Biden said Zawahiri’s death would bring closure to families of the victims of the 2001 attacks, in which hijackers crashed passenger jets into landmark buildings in New York and Washington – including two skyscrapers in Manhattan.
He added that Zawahiri had also masterminded other acts of violence, including the suicide bombing of the USS Cole naval destroyer in Aden in October 2000, which killed 17 US sailors, and the 1998 attacks on the US embassies in Kenya and Tanzania, in which 223 people died.
“The Department of State believes there is a higher potential for anti-American violence given the death of Ayman al-Zawahiri on 31 July 2022,” the department said in a worldwide caution update.
“Current information suggests that terrorist organisations continue to plan terrorist attacks against US interests in multiple regions across the globe,” it added.
“These attacks may employ a wide variety of tactics including suicide operations, assassinations, kidnappings, hijackings and bombings.”
US citizens are strongly encouraged to maintain a “high level of vigilance and practice good situational awareness” when travelling abroad, the alert added.