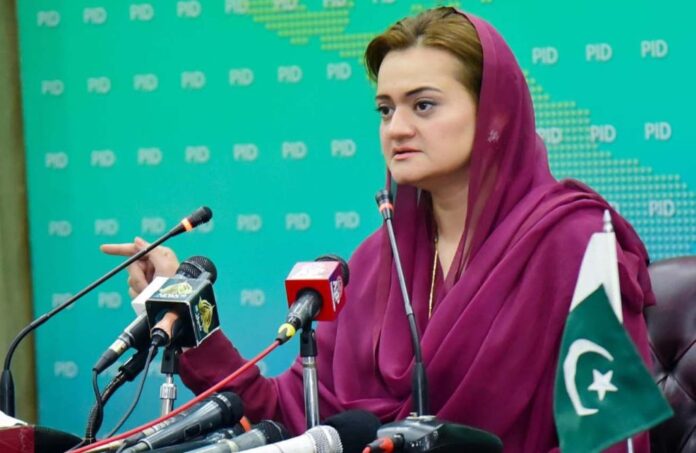 Minister for Information and Broadcasting, Marriyum Aurangzeb has congratulated the nation, leadership and scientist on the anniversary of Youm-e-Takbeer saying Youm-e-Takbir is golden day of the history of Pakistan.

.” Pakistan has declared that no one can enslave it”, she said this in a statement issued here Saturday.

She held Youm-e-Takbeer was declaration that Pakistan is independent and will remain independent.

Nawaz Sharif made it clear on the world that we can neither be bought nor can be cowed down, she remarked.

Continuity of nuclear program is historical proof of Pakistan stance on non compromising on its defence, she observed.