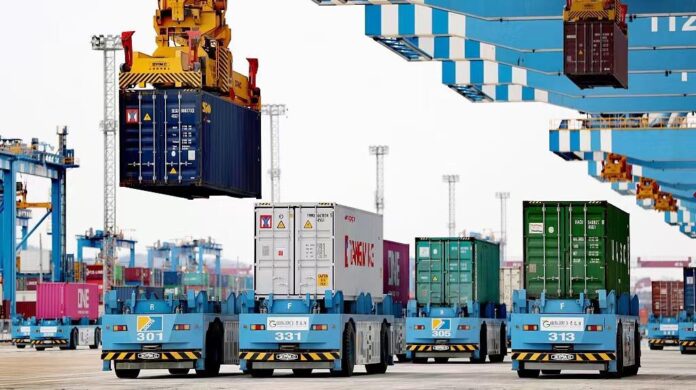 BEIJING
The year 2022 marks the 70th anniversary of the China Council for the Promotion of International Trade (CCPIT), an institution aiming at strengthening the bonds of interest between Chinese and foreign businesses.
In the past 70 years, the Beijing based organization has played a stellar role in embellishing China’s trade credentials and percolating the accrued benefits to the global economy.
In 1950, China’s total trade volume was just $1.14 billion, accounting for 0.9 percent of the world total, according to the General Administration of Customs (GAC), and the country was ranked 27th on the trade ladder at that time.
However, with the setting up of the CCPIT in May 1952, these numbers and rankings have gone up steadily.
In 2021, China’s foreign trade volume reached $6.05 trillion, according to GAC, with the annual growth of export and import hitting 29.9 percent and 30.1 percent respectively.
In 1957, the first China Export Commodities Fair hosted by CCPIT opened in Guangzhou, Guangdong Province, becoming an important window for the country to forge trade ties with the outside world. It was also the beginning of the Canton Fair, which has since become the barometer of global trade.
In 1988, CCPIT established China Chamber of International Commerce (CCOIC) as a body to function as a chamber of commerce. According to the organization, the number of CCOIC members had reached 301,000 by the end of last year, becoming one of the most influential foreign-related chambers of commerce organizations in China internationally.
But for CCPIT, the real transition began in 2001, when China joined the World Trade Organization (WTO), giving its imports and exports a major fillip. The WTO entry was also a period of change for China’s trade as it underwent rapid changes to conform to global requirements and take the high-quality road to development.
From acting as an agent for the first patent and trademark registration application to continuously improving the commercial legal public service system nowadays, the CCPIT has played an increasingly important role in maintaining the order of international trade and promoting economic and trade development.
Between 2013 and 2019, the CCPIT held 163 exhibitions in overseas locations, resulting in transactions amounting to $2.24 billion, wrote Zhang Shenfeng, the vice Chairman of the CCPIT, in an article.
According to a survey conducted by the trade council, some 86 percent of surveyed foreign enterprises are satisfied with China’s policies on stabilizing foreign investment.
The CCPIT is a mirror of China’s opening-up. Since 2010, China’s overall tariff level has been lowered from 9.8 percent to 7.4 percent currently.
In recent years, the country also planned to expand the industry catalog of sectors encouraging foreign investment, a move to encourage foreign investment in manufacturing, producer services in the central, western and northeastern regions.