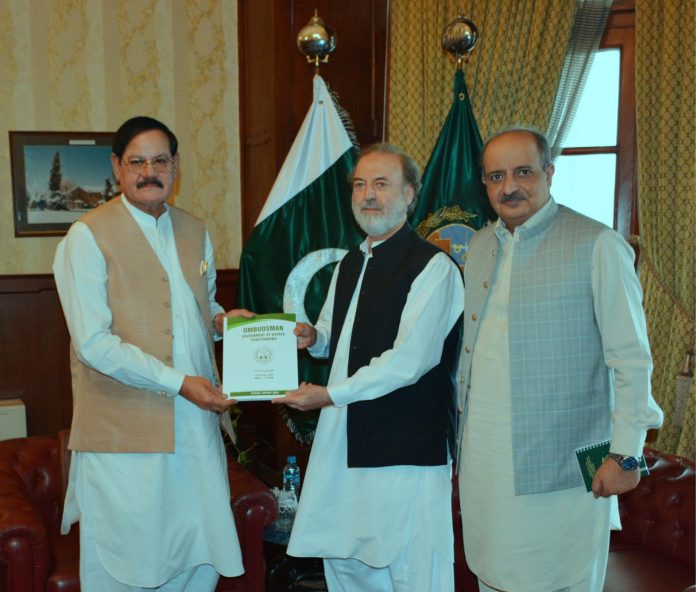 PESHAWAR
Acting Governor Khyber Pakhtunkhwa Mushtaq Ghani on Wednesday directed Vice Chancellor Gomal University to increase its resources to overcome the growing budget deficit and financial problems.
Presiding over a Senate meeting of the university here, he said GU is one of the prestigious and oldest institutions of higher education in the province.
The Senate meeting discussed the annual budget of GU for the financial year 2022-23. At the meeting, all members of the Senate expressed grave concern over the growing extraordinary budget deficit of the university.
Vice Chancellor Prof Dr Iftikhar gave a detailed briefing to Senate members on the annual budget of the university and the current budget situation. The Senate meeting approved in principle the annual budget of Gomal University for the financial year 2022-23 however constituted a committee to review the budget statistics and rationalize it.
The Acting Governor ordered an audit of the varsity budget from a third party to ascertain the causes and facts behind the budget deficit.
The meeting also decided not to give disparity reduction allowance to Gomal University employees.
The Senate also discussed the issue of non-transfer of assets from Gomal University to the Agricultural University in the light of the decision of the Provincial Cabinet and the Department of Higher Education gave a detailed briefing to the Senate in this regard.
The acting governor said that establishment of an agricultural university was a valuable initiative of the present provincial government for the people of DI Khan, adding that instead of making the transfer of assets controversial, the issue would be resolved amicably.
Vice Chancellor Gomal University Prof Dr Iftikhar Ahmed, Additional Secretary to Governor Saif-ul-Islam, officials of department of Higher Education, Finance, Establishment and Higher Education attended the meeting.