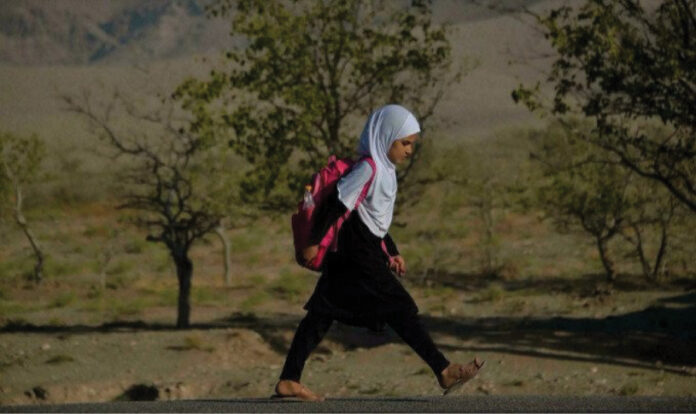 Girls, beyond grade 7, haven’t been able to return to schools in most of Afghanistan
news agency
kabul
Taliban on Saturday said they hoped to open all schools for girls across Afghanistan after late March, as the group puts forth the timeline for meeting a key demand of the international community.
Since the group assumed power, girls in most areas have not been able to go to school beyond grade 7. The international community is apprehensive that the group could reintroduce the harsh measures as they did during their previous, 20-year rule when women were barred from education, work or social life.
Talking to Associated Press, Taliban’s deputy minister of culture and information Zabihullah Mujahid said the education departments were seeking to reopen classrooms for girls and women with the beginning of the Afghan New Year on March 21. Afghanistan follows the Islamic solar Hijri Shamsi calendar like its neighbouring Iran.
Dispelling the common notions, Mujahid said education for girls and women in the country was rather a “question of capacity”.
According to him, girls and boys will be segregated in the schools, saying biggest challenge had been to arrange enough dorms or hostels where girls could stay during their studies.
He added that the solution wasn’t possible in densely populated areas, adding separate buildings were required for the same.
“We are not against education,” the minister stressed, as he sat at a Kabul office building with marble floors that once were the offices of the Afghan attorney general. The building is now the office of the culture and information ministry.
Taliban’s orders have so far been erratic, being implemented province-wise. In about 10 of the 34 provinces.
However, in the capital of Kabul, classes in private varsities and high schools have continued, with the segregation order well in place.
“We are trying to solve these problems by the coming year,” for the schools and universities to reopen, Mujahid maintained.
He further said that 80 per cent of civil servants had rejoined work, and added that women were working in the health and education sectors as well as in the customs and passport control divisions of Kabul Airport.
The minister, however, did not say if or when women would be allowed back to government ministries.
While admitting there had been incidents of members of the group harassing Afghan civilians, he said, “such crimes happen, but it is not the policy of our government”, adding those responsible had been arrested.
“This is our message. We have no dispute with anyone and we don’t want anyone to remain in opposition or away from their country,” the minister reiterated the group’s often-quoted stance.
In November last year, Taliban government said it would announce good news soon on older girls being allowed to go back to school, but urged the international community to help it fund the process as most external aid has been halted.
In Saturday’s interview, the minister also called upon the international community to revive economic ties, trade and “stronger diplomatic relations”.
In terms of the government revenues, Mujahid said most funds were collected from the border crossings with Pakistan, Iran or the Central Asian nations situated at the north, and went on to add that the group had brought in more revenue in the first for months than the previous regime in more than a year.
On Thursday, UN Secretary-General Antonio Guterres appealed for a suspension of rules preventing the use of money in Afghanistan to save lives and the economy and for a path to the conditional release of frozen Afghan foreign currency reserves.