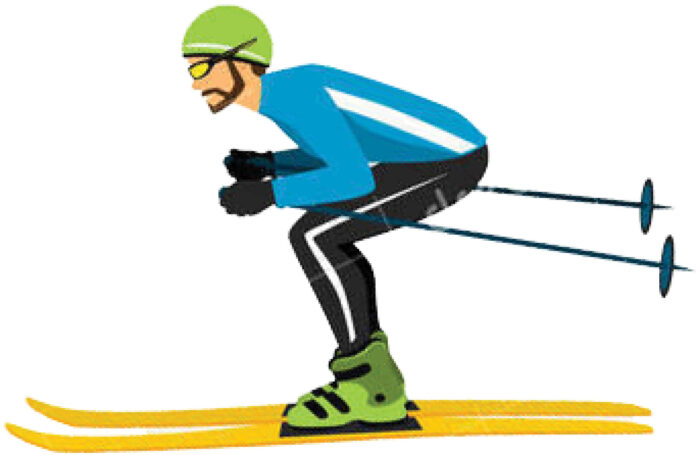 SWAT
The Annual Snow Sports Festival-2022 at different scenic places all across Malakand Division would start in the first week of January and would last for almost the next four months till April 2022.
This was stated by Deputy Commissioner Swat Junaid Khan while talking to APP here on Wednesday. He said, the Ski slopes Malam Jabba, a hill station a top 9,200 feet above sea level and located nearly 300km from Islamabad, welcomed tourists from all over Pakistan as well as foreign countries.
Different competition and activities including snow tubing, ice skating, snow sculpture as well as concerts, cultural events and fireworks are part of the festival this year, Junaid Khan said. He said, the stunning hill station of Malam Jabba has become a major winter sporting and adventure tourism destination. “The area offers the best scenic views and has much to attract tourists due to its rich culture and natural beauty,” Junaid Khan said.
To promote local culture and entrepreneurs, “the festival also included several stalls of traditional dresses, food and handicrafts which was an added attraction for the tourists and an advantage for the locals”, Junaid said.
The aim of the festival is to attract domestic and foreign tourists to the picturesque spots in Malakand Division of KP (KP) province. DC Swat Junaid said the government was determined to build all link roads to tourist spots to attract a maximum number of local and foreign tourists.
The festival, he said, would be organized at places like Malam Jabba, Gabin Jabba, Kalam, Mahu Daan, Athrrot, Badgoi, Kumrat, and Dir Upper. He said such places have been included in the year calendar of activities.
Apart from the off-road jeep rally in Malam Jabba, like every year, ski, mountain bike rally at Athrrot and Maho Dhand, bicycle race, table tennis, badminton, Teq-ball, futsal, martial arts, archery, athletics would enhance the status of the sports festival.
He said, tourists from all over the country enjoyed various adventurous sports activities including a leap of faith, “zip line and rock climbing.” The tourists would take interest in zip line which was at 90m height and 550m long in Malam Jabba.
“The government is working to build roads and infrastructure leading to the tourist spots. Tourism in the valley has not only boosted the local economy but has created jobs for the youth,” he said, adding that new tourist spots have also been explored in various parts of Malakand division including Swat.
“This is a paradise on earth. I came here along with my colleagues for two days but now I don’t want to leave this scenic valley,” said 23-year old Sehrish Amjad, a tourist from Karachi, said. She said tourists took a keen interest in adventure sports including rock climbing, the leap of faith and zip line. “This 550m long zip line experience was wonderful. It scared me initially but I gathered courage and enjoyed it,” said 42-year-old Zari Inam, having other family members, said that the beauty of this valley can be compared with any place of the world.
“I have been to Murree several times but the scenery, walking tracks, deep forests and weather always attracts me to visit Swat valley,” said a Professor in English from Lahore College University. Most of the tourists flocked to the valley along with their families and declared the journey as a lifelong experience. The music concert was also part of the festival.
Junaid said competitions like skiing, speed skating, ice hockey, sledding and tobogganing will also be arranged during this Annual Snow Sports Festival. The colourful Winter Sports Festival-2022 would attract hundreds and thousands of tourists and youth to different competitions. He said people would enjoy the most fascinating winter sports event besides some excellent and joyful shows of Khattak Dance, Rabab Music, local Athran dance, Bone Fire, Archery, and other competitions.
The year-2022 is taken as vital for promotion of tourism potential after the pandemic that have with Pakistan and such like events are a key to portraying a softer image of Pakistan to the rest of the world, Commissioner Syed Zaheer Ul Islam said. Tourist traffic this year will be doubled as compared to last year as Kalam Road, Expressway and other roads of the Malakand Division were constructed with the aim to provide best facilities to the tourists, Commissioner Malakand Division said.
He said strenuous efforts were being made to develop scenic spots and make facilities available there to attract domestic and foreign tourists to the province. New tourism sites have been developing even in the other part of the country according to the vision of the Prime Minister Imran Khan besides ensuring due facilities to the local and foreign tourists.