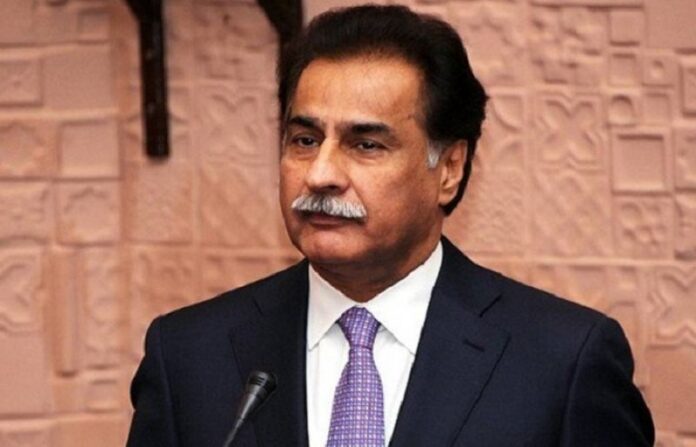 ISLAMABAD
Federal Minister for Economic Affairs Sardar Ayaz Sadiq claims that PML-N supremo Nawaz Sharif will return to Pakistan in January.
The former National Assembly speaker told a private TV channel that former prime minister Nawaz Sharif would award party tickets to those aspiring to contest the polls. Several PML-N leaders including Shahid Khaqan Abbasi and Rana Sanaullah have previously claimed that Nawaz would be in Pakistan ahead of the next general election.
Mr Sharif had left for London in November 2019 following his illness after then premier Imran Khan permitted him to go abroad for medical treatment. Earlier, in 2018, the PML-N supreme leader was sentenced to seven years in prison in the Al-Azizia Steel Mills corruption reference, while he was also sentenced to 11 years in prison and slapped an £8 million fine (Rs1.3 billion) in the Avenfield properties reference. Subsequently, in 2019, the Lahore High Court (LHC) suspended his sentence and allowed Mr Sharif to go abroad for medical treatment.
The stalled negotiations between the PTI and the government, being held with mediation of President Arif Alvi, resumed on Wednesday after Finance Minister Ishaq Dar conveyed Prime Minister Shehbaz’s message to the president.
Sources said the country’s finance czar called on the premier before holding a meeting with President Alvi in a bid to find common grounds to drive the country out of political turmoil. During the meeting, the president conveyed that the PTI sought early elections, a key demand being made by the party since ouster of its party chief Imran Khan as prime minister in April last.
The development comes after reports emerged that the government pulled out of the negotiation process as the PTI was not ready to budge on its demands. The government and Imran Khan-led party are at loggerheads over fresh elections in the country as the PTI is exerting pressure on the government for early polls.
The PML-N and its coalition partners are not ready to agree.