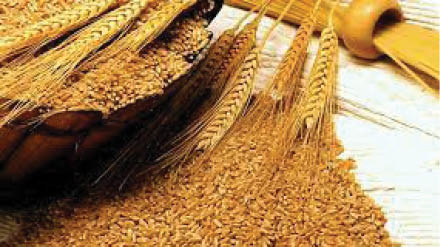 PESHAWAR
Khyber Pakhtunkhwa Assembly Standing Committee on Food was informed that currently the province is faced with a wheat shortfall of 3.6 million metric tons compared to its annual requirement of 5 million metric tons.
The members of the committee were apprised by the provincial Food Department that KP’s wheat requirement stand at 5 million metric tons while its production is nearly 1.4 million metric tons. In order to meet its shortfall, the province has to rush to procure 3.6 million metric tons each year from Punjab and open market to keep its demand and supply chain intact.
The meeting of the committee was chaired by Member of Provincial Assembly (MPA) Malik Wajid Khan and attended by its members including MPAs Zubair Khan and Sardar Khan.
Deputy secretaries of the Food, Law departments, deputy and assistant secretaries of the provincial assembly, director of food KP and ration controller Peshawar were also present on the occasion.
Chairman of the Committee on this occasion assured that the provincial government was taking effective steps to ensure availability of the commodities and its supply to millers would not be affected at any cost.
Malik Wajidullah Khan maintained government was well aware of the crisis being faced by the flour millers of the province and effective measures to control the flour shortfall would be taken.
The meeting was attended by the General Secretary of Pakistan Flour Mills Association.
The meeting was informed that at present per capita requirement of the population stand at 124 kg and the province required to ensure availability of around 5 million metric tons of wheat annually.
Chairman Committee Malik Wajidullah also issued instructions to the officials to improve the flour quality. He also urged the Food Department and Agriculture Department to work together to achieve annual production target.
Malik Wajidullah also issued orders to the assembly administration to summon Secretary Agriculture in the next committee meeting.