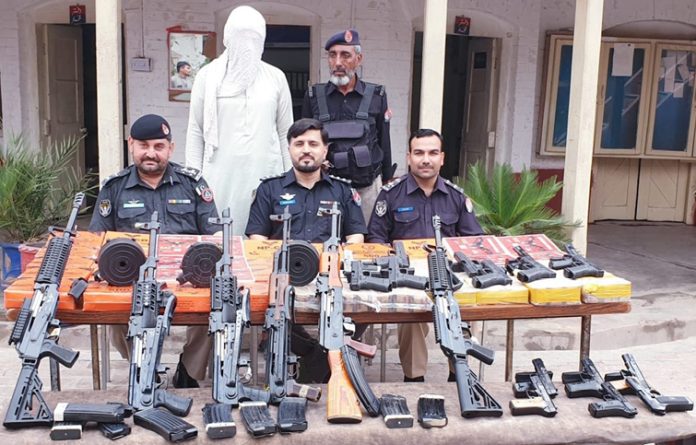 PESHAWAR: The Mattani Police Station on Monday foiled an attempt to smuggle arms and ammunition during an undercover operation and arrested an accused. According to police investigation, the accused was trying to smuggle arms from Dara Adamkhel to Punjab via Peshawar. SHO Arbab Naeem Haider told media tht during the operation, five rifles, one Kalashnikov and 16 pistols were recovered from 20,000 Excessive bore cartridges have also been recovered. Matni police station has registered a case against the accused and started investigation. He said that the arrested suspect has been identified as Ahmed Saeed who belonged to an organized arms smuggler group. Our Correspondent