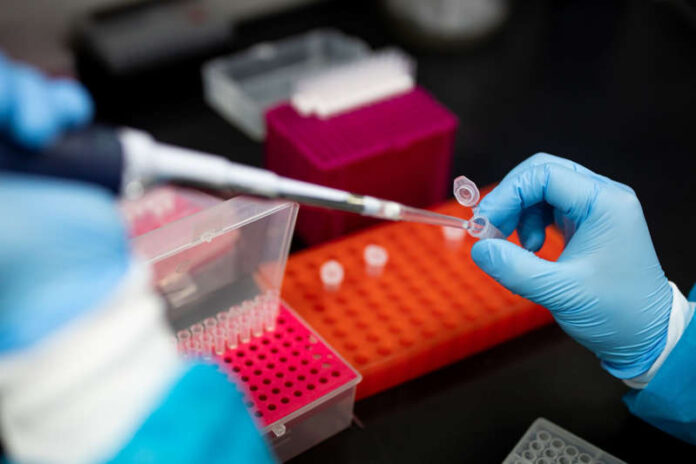 President Joe Biden rebuked China for stonewalling a U.S. investigation into the origins of the coronavirus, as his administration reported it was unable to reach firm conclusions because of Beijing’s unwillingness to cooperate. China denied that it had hindered the probe.

“The world deserves answers, and I will not rest until we get them,” Biden said in a statement on Friday shortly after the Office of the Director of National Intelligence released an unclassified summary of the report. “Responsible nations do not shirk these kinds of responsibilities to the rest of the world.”

The intelligence community determined the virus wasn’t created as a biological weapon and said Chinese officials had no “foreknowledge” of the outbreak, but was divided on how it came to infect humans and spread across the globe.

Four components of the intelligence community said — with low confidence — that the outbreak was likely linked to exposure to an infected animal, according to the U.S. summary. This theory is the most widely supported by scientists, including Anthony Fauci, who is advising Biden on Covid.

One intelligence community component assessed with moderate confidence that the outbreak was associated with a research lab in China. As of a few months ago, two components backed the animal theory while one backed the lab theory.

The Chinese Embassy in the U.S expressed “strong condemnation” to the White House statement, and again called for investigation into the U.S. biological defense site Fort Detrick. The U.S. report doesn’t produce the answer the U.S. wants and “continuing such an effort will also be in vain, because its subject is simply non-existent and anti-science,” the Chinese statement said.

“The report by the intelligence community is based on presumption of guilt on the part of China, and it is only for scapegoating China,” the statement said.

No Agreement
Analysts at other U.S. agencies are unable to coalesce around either origin theory without more information, including some who think both are equally likely. To reach a conclusion with higher confidence, the intelligence community said it would need more cooperation of China, which it said continues to hinder global efforts.

Beijing “continues to hinder the global investigation, resist sharing information and blame other countries, including the United States,” the summary says. “These actions reflect, in part, China’s government’s own uncertainty about where an investigation could lead as well as its frustration the international community is using the issue to exert political pressure on China.”

The intelligence community overall believes that the virus infected humans through an initial small exposure no later than November of 2019, according to the report. The report says the intelligence agencies judge that the virus was not developed as a biological weapon, and most assess — with low confidence — that it was not genetically engineered, though two agencies believe there isn’t enough evidence to know either way.

“China’s officials did not have foreknowledge of the virus before the initial outbreak of COVID-19 emerged,” the summary says. But the intelligence agencies and the global community lack clinical samples and other data from the earliest Covid-19 cases, the summary says.

The report shows how far the government is from reaching a conclusion. Only five of the agencies, or components, of the intelligence community expressed any view and none did so with more than low or moderate confidence.

The U.S. Intelligence Community is made up of 18 different organizations, including the Office of the Director of National Intelligence, which released the summary, and the Central Intelligence Agency, among others.

The intelligence community sprinted to provide the report within Biden’s timeline, and approached it from multiple perspectives, including consulting scientists and epidemiologists, an official familiar with the process said, speaking on condition of anonymity. The intelligence community also reached out to academic experts, as well as international allies and partners, the official said.