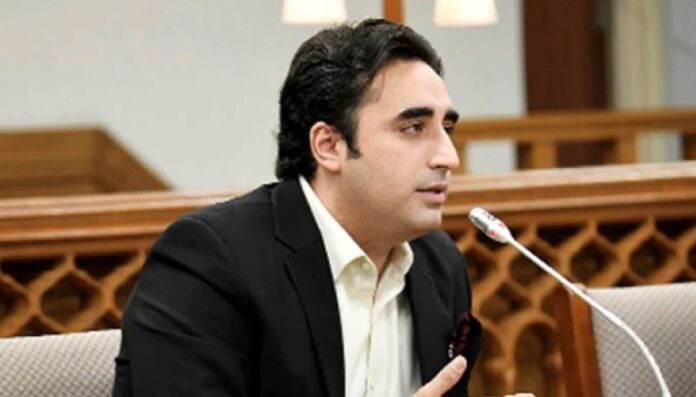 ISLAMABAD
Foreign Minister and Pakistan People’s Party (PPP) chairman Bilawal Bhutto Zardari Tuesday termed July 5, 1977 the blackest day in the national history, stating: “About 45 years ago, the government of the first elected prime minister of Pakistan Zulfiqar Ali Bhutto collapsed at the hands of the history’s worst dictator on this day.”
“The dictatorial reign of General Ziaul Haq is the mother of extremism and the Kalashnikov and heroin culture in Pakistan,” the PPP chairman said in a tweet.
“The political, economic and social ills that Pakistan has been facing till date, all their links date back to the dark era of General Zia. He poisoned the political and social life of Pakistan through sectarianism and hatred on the basis of language,” he deplored.
“Dictator Zia narrowed the land for the people and the political parties that believed in democracy and federation. A stage for judicial assassination was prepared to remove Shaheed Zulfiqar Ali Bhutto from the political scene,” Bilawal censured.
“Dictator Ziaul Haq put the PPP leadership and workers in jails. They were flogged and forced into exile. The people of Pakistan resolutely opposed General Zia and his dictatorial regime,” he stated.
“The people of Pakistan are still fighting against the thought and remnants of dictator Zia. I salute Shaheed Benazir Bhutto, Begum Nusrat Bhutto, and all the political activists who took part in the Movement for the Restoration of Democracy (MRD),” he commended.
“During the Movement for the Restoration of Democracy, the people not only worked tirelessly for the restoration of democracy in the country but also rendered unprecedented sacrifices,” he pointed out.
“The PPP will continue playing the role of the protector of the Constitution, democracy and parliamentary supremacy in the country,” he vowed. “The PPP is the flag-bearer party of Quaid-e-Azam Muhammad Ali Jinnah’s ideology and vision,” he claimed.
Former president and PPP Co-chairman Asif Ali Zardari also paid homage to Nusrat Bhutto, Benazir Bhutto and all the journalists, students, labourers and political activists who faced torture and rendered sacrifices for 1973 Constitution and the restoration of democracy.
He said that the PPP had always steered the country out of the crises, adding: “Whenever the constitution and democracy have been attacked, the leadership and workers of the PPP have fully defended the constitution and democracy.”
He stated that the PPP leadership faced hardships and took difficult decisions for the country and the people. “Today, the country and the people are once again moving in the right direction out of difficulties,” he pointed out.
“All the democratic forces of the country must come together and work for the betterment of the lives of the people by taking decisions through consensus,” he stressed. “Democracy has never been a gift to us. For the sake of democracy, the PPP ‘Jiyalas’ have also accepted the gallows.
The ‘Jiyalas’ have also crossed the landmines and won the democracy by sacrificing their lives,” he commended. “It is very encouraging that the entire nation believes in the 1973 Constitution. It is the fruit of the great struggle of the PPP leadership and workers,” he pointed out.
“Today, we are renewing the pledge to make the country a welfare state by strengthening democracy in accordance with the ideas of Shaheed Benazir Bhutto,” he vowed.