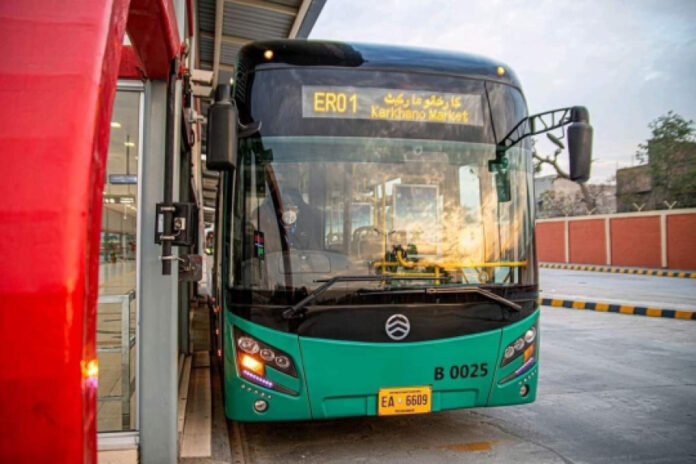 PESHAWAR
The Bus Rapid Transit (BRT) spokesperson on Tuesday said that a record increase in the number of passengers has been observed, adding that the number of passengers of the service crossed the record number of 254000.
Spokesperson TransPeshawar Muhammad Umair Khan shared that BRT Peshawar reached its highest ever daily ridership count of 254000 passengers. The system has revolutionized public transport service. Earlier to this record-breaking count of ridership the system was observing a rise in daily ridership and was serving more than 236,000 commuters daily. The spokesperson said that keeping in view the increasing number of passengers, the service has extended the stop schedule of Express Route No. 1 and Route 8.
It is to note here that BRT Peshawar is providing 16 hours long first-class non-stop service to passengers through its 158 buses on 9 special routes. More buses will be added to the BRT fleet for more routes during the current year.
Mr Umair claimed that Trans Peshawar during the year 2022 second quarter more buses will be added into the system and remaining and new routes will be commenced in the larger interest of the public.