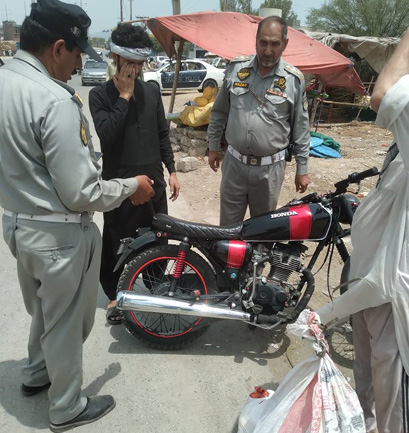 ISLAMABAD: Islamabad Capital Police (ICTP) has constituted special squads to take action against amateur drivers and bike riders not using helmets. Following directions of Inspector General of Police (IGP) Islamabad Dr Akbar Nasir Khan, Islamabad Capital Police has also appealed the parents to refrain handing over vehicles or bikes to their under-age children. Inspector Jeneral of Police has also directed all Zonal DSPs for strict action against amateur drivers and to ensure steps for safe road environment in the city. He directed to ensure renewed efforts for awareness about traffic rules among citizens by ITP education wing. He directed ICTP’s teams to visit educational institutions to create traffic sense as several students have joined ICTP as traffic volunteers. The purpose of action against amateur drivers and motorcyclists with helmets is to ensure their own safety as it should not be considered a punitive measure. Our Correspondent