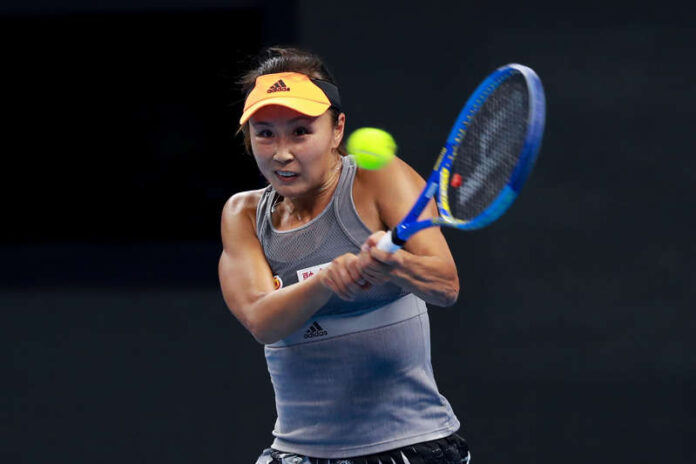 China has called on people to stop “hyping” the case of tennis star Peng Shuai, whose disappearance after alleging an affair with a top Communist Party official caused international outcry.

“I hope some people stop the deliberate and malicious hype, not to mention politicizing the issue,” Foreign Ministry spokesman Zhao Lijian said at a regular press conference in Beijing on Tuesday, adding that it wasn’t a “diplomatic issue.”

Peng went missing earlier this month after posting a 1,500-character essay on her verified Weibo account recounting a tumultuous relationship with former Vice Premier Zhang Gaoli. Her post was scrubbed from the internet and attempts by the media and the Women’s Tennis Association to contact her were unsuccessful.

Zhao declined to answer a question on why Peng’s account had been censored on the internet in China, where her case hasn’t been reported by any media available in the country and international television stations have been knocked off air when they mention the star.

When asked why previous questions and answers on Peng hadn’t been included in the ministry’s daily briefing transcripts, he said: “The readout of the regular press conference is not always a word-by-word record of what is being asked and answered. My question for you is, ‘Do you report every word I say?’”

After tennis greats including Serena Williams and Novak Djokovic last week joined the growing chorus of international figures demanding to know Peng’s whereabouts, Chinese state media posted a series of videos and pictures of Peng to Twitter over the weekend. The images showed Peng smiling at home, eating out with friends, and at a tennis event in Beijing.

“Can any girl fake such sunny smile under pressure?” Hu Xijin, editor in chief of the Communist Party-owned tabloid Global Times, wrote on Twitter. His China-facing Weibo account made no reference to Peng, and his newspaper didn’t report her reemergence.

The International Olympic Committee, which has hundreds of millions dollars at stake in the Beijing Winter Games starting in February, on Sunday vouched for Beijing’s version of events. After a 30-minute video call with Peng Shuai, chair of the Athletes’ Commission Emma Terho said she was “doing fine.”

That statement did not satisfy the WTA, which has threatened to pull its business in China, also worth hundreds of millions of dollars, if Peng is not allowed to speak freely.