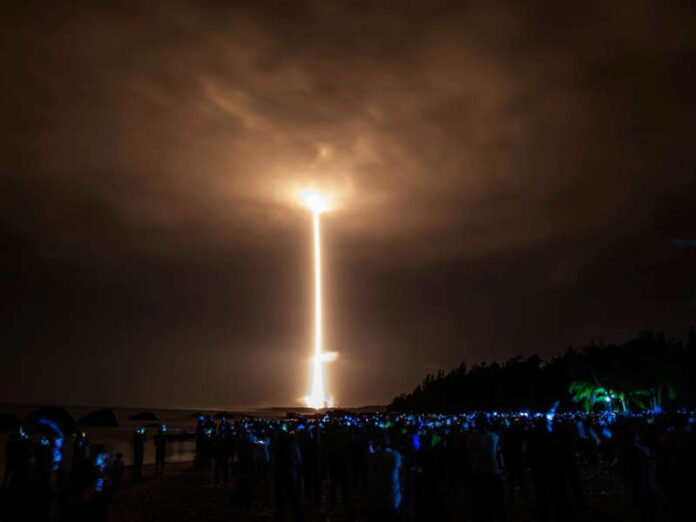 missile Though the test happened in July, and was reported closer to the time, the nature of the breakthrough was first revealed in a new report from the Financial Times. The paper reported that experts have been poring through data in an attempt to understand how China was able to build the technology – as well as what exactly the missile was intended to do.

In the test, China first launched what it calls a hypersonic glide vehicle or HGV, which is sent into space mounted on board a rocket, before re-entering the atmosphere and flying at its target at more than five times the speed of sound. HGVs can work as weapons on their own since they are travelling so fast, but China is also said to be using them as ways of carrying other missiles.

The HGV was then able to launch a separate missile, which detached in the atmosphere over the South China Sea, according to the new report. It doesn’t seem to have been sent towards a target, and instead fell into the water, the FT reported – which only adds further confusion for US experts.

That makes it harder to know what the missile might have been created to do. Some suggest that it might be used to destroy missile defence systems that might attempt to stop the hypersonic weapon if it was being used in war, for instance.

While Russia and the US have been working on similar technologies of their own, a successful test of this kind would suggest that China is far in front of either both.