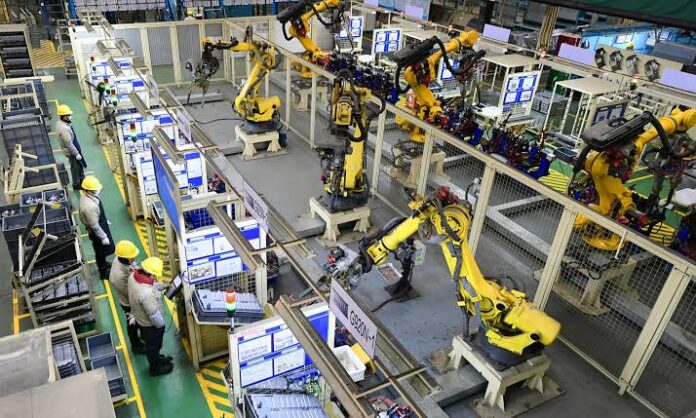 China’s trade in both goods and services grew to the world’s first place this year, and the country’s trading partners now cover 230 countries and regions, said a plan for high-quality development of foreign trade during the 14th Five-Year Plan period (2021-2025) recently issued by the country’s Ministry of Commerce (MOFCOM).
China contributed 34.9 percent to the growth of global imports during the 13th Five-Year Plan period, or the past five years, the report said.
This year is the opening year of the 14th Five-Year Plan. The rapid growth of China’s foreign trade this year is a hard-won achievement given the complicated situations both in and outside the country.
In the first ten months of 2020, the total imports and exports of China hit $4.89 trillion, soaring 31.9 percent year on year. The figure has already outnumbered the whole-year volume of the last year and hit a record high in history.
Foreign trade is contributing an increasingly larger part to China’s national economy and the world economy.
First of all, China’s foreign trade is forcefully driving the country’s economic growth. The net export of goods and services contributed 19.5 percent to China’s GDP growth in the first three quarters this year, resulting in a 1.9-percentage lift in the country’s GDP.
Secondly, the foreign trade sector has a prominent role in stabilizing employment. In the first 10 months of 2021, 154,000 entities in the foreign trade sector were registered, most of them were micro-, small- and medium-sized enterprises, which have significantly fostered employment. New business forms such as cross-border e-commerce have also expanded the channels of flexible employment.
Thirdly, China’s foreign trade is bringing better livelihood. This year, over 2,000 enterprises from regions that had been lifted out of poverty have successfully found overseas markets through the China Import and Export Fair, a comprehensive international trading event held every spring and autumn in Guangzhou, China. Border trade has boosted income for more than four million residents in border areas, making huge contributions to the vitalization and stabilization of these areas.
Besides, China’s foreign trade promotes global recovery. China has carried out close cooperation with the rest of the world to fight the pandemic. So far, the country has exported over 360 billion masks to help other countries cope with the disease and resume production. It has maintained the stability and smooth operation of the global industrial chain. In the first half of this year, China’s super large market contributed 14.8 percent to the world’s imports.
In recent years, China has steadfastly advanced opening-up at a high level and promoted trade facilitation. It has held four sessions of the China International Import Expo, achieving positive results of the import expansion.
In the January – October period this year, China’s imports totaled $2.19 trillion, growing 31.4 percent from a year ago and hitting a record high. The country has maintained the second largest importer in the world for 12 consecutive years. Last year, the country’s imports accounted for 11.5 percent of the world’s total, and this figure was further increased to 12 percent in the first half of 2020.
Li Xingqian, director of the MOFCOM foreign trade department, introduced that the prospering new business forms of foreign trade in the recent years have offered convenient services and diversified choices for Chinese and foreign consumers, becoming a new “racing track” for international trade cooperation.
During the 13th Five-Year Plan period, China approved 105 cross-border e-commerce pilot zones, and the enterprises in these pilot zones have established over 1,800 overseas warehouses. Besides, the scope of a pilot program for the cross-border e-commerce retail import supervision policies has also been expanded to 86 and the whole Hainan province. The import and export volume of the cross-border e-commerce sector surged ninefold, and the export through mart procurement trade grew three times during the same period.
Since 2021, the new business forms of foreign trade have been making new progress. The number of overseas warehouses has exceeded 2,000, and the import and export in the cross-border e-commerce surged 19.5 percent in the first ten months of this year.
The Regional Comprehensive Economic Partnership (RCEP) free trade agreement has crossed the ratification threshold and will enter into force since the very first day of 2022. The agreement covers 1/3 of the world’s population and involves broad areas, such as tariff reduction and exemption, trade facilitation, opening of service investment, exchange of business personnel, e-commerce and intellectual property right protection. It is so far the largest free trade pact in the world. The implementation of the RCEP will mark major progress of the economic integration of East Asia, forcefully drive the growth of regional trade and investment, and exert positive impacts on the regional economic recovery.

Objection by G-20 countries, India likely to shift summit from Srinagar to Delhi

July 5, 2022
© All rights reserved by LeadPakistan