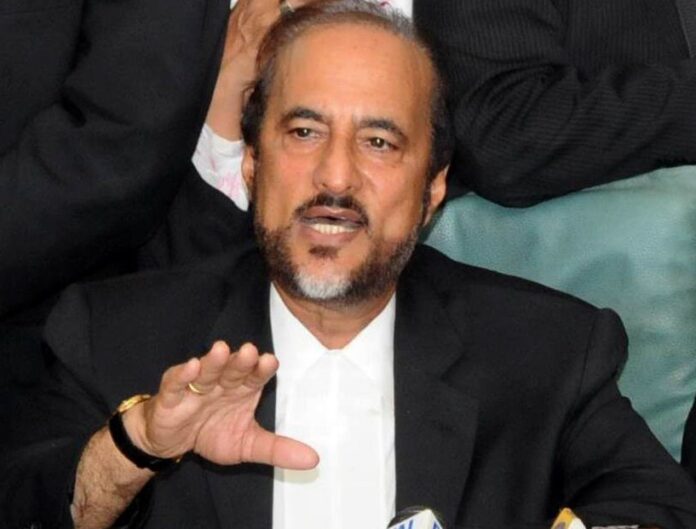 In a special interview given to VOA in Islamabad, he said that ‘political decisions are not made by courts but by political parties.’ Babar Awan said, “At present, Imran Khan is leading Pakistan’s biggest political struggle and his party has the right to take the decisions in this regard.”

He said this while replying a question regarding PTI’s demand for investigations on cipher by Supreme Court, while the Chief Justice had asked PTI to go back to the Parliament and play its role, Babar Awan said that he thanks Chief Justice Umar Atta Bandial for this advice, but political decisions are not made by courts, but by political parties.

It should be noted that Chief Justice Umar Atta Bandial while addressing a conference last week said that Tehreek-e-Insaf should go to the Parliament and play its role by withdrawing their resignations.

However, at the same time, baber suggested that that PTI should not return to the current assembly as it would be better to go to the assembly with a fresh mandate after new elections. On a question regarding delay in long march despite Imran Khan’s announcement, Babar Awan said that it depends on party’s political strategy to decide time to announce a decision.

He said that the long march under the leadership of Imran Khan is not too late as it is being continuously consulted with the top leadership and decisions have been taken in this regard. Talking about the disclosure of the leaked audio of Imran Khan in the context of foreign conspiracy, he said that the cipher was proved as a fact by the leaked audio.

Babar Awan said that there is nothing in Imran Khan’s audio leak that contradicts our position, but it is an additional proof that our government was overthrown through a conspiracy. PTI chief’s legal advisor Babar Awan claimed that there is no threat to Imran Khan from the current legal and police cases.

He said Imran Khan’s legal problems have been resolved and serious cases filed against him are dismissed by the court or he is on protection bail. He said that the government’s aim of registering cases against Imran was to arrest him, but they could not get the required evidence in this regard